Blood Loss Symptoms of Black Blood in the Stools 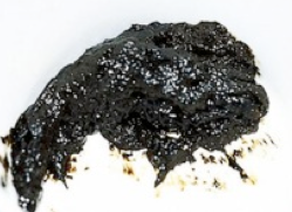 “Black stools are often a sign of bleeding from a site in the upper GI tract, such as an ulcer, etc.,” says Michael Blume, MD, a gastroenterologist at MedStar Good Samaritan Hospital, Baltimore.

What else can make your bowel movements appear black?

“Common causes of this could include medications such as iron or Pepto Bismol,” says Dr. Blume, “as well as certain foods, such as spinach or beets.”

Black licorice has been known to turn bowel movements a very dark color. And even though spinach is green, a generous amount of this nutrient-dense vegetable can turn poops very dark.

Dr. Blume continues, “Symptoms are not usually the best guide, as many people who have bleeding ulcers often have no pain associated with their ulcer, and present with a complication of their ulcer, such as bleeding.

“Certainly, if one feels weak or dizzy, especially on standing up, it may be a sign that one is bleeding significantly.

“Additionally, one may have other signs of significant blood loss, such as cardiac symptoms and shortness of breath.

“Being anemic can impair your blood’s oxygen-carrying capacity and cause cardiac symptoms.” Anemia can be caused by internal blood loss, such as that from an ulcer.

Dr. Blume explains, “One may want to examine if they have risk factors for ulcers such as cigarette smoking,  taking anti-arthritics, etc.

“One should be aware of the context in which one sees the black stools to best interpret this finding.”

Take note of what you eat. If you see nearly black poops in the toilet bowl the day or two after you ate a lot of licorice, spinach, shellfish or organ meats (the last three are high in iron), that can very well be the explanation.

If there’s no correlation with food intake, see your doctor.