Normal EMG Means NO ALS even with Neuro Symptoms 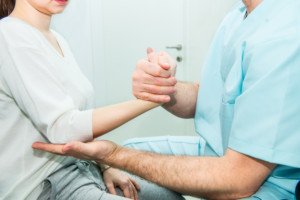 Finally, here’s the article that answers the question, “Can a person with ALS have a normal EMG?”

Does a normal EMG always mean no ALS?

Can a person have ALS and have a normal EMG?

What if the EMG is normal but you have symptoms like muscle twitching?

“First, one must have both subjective and objective weakness in muscles both below and above the waist.”

In other words, the neurologist must show, from HIS end, that your perceived weakness is actually clinical weakness.

No, he won’t have you try to lift a 45 pound water cooler bottle over your head. Instead he’ll have you, for instance, press your foot against his opposing hand.

“Third, one must meet certain criteria on a test commonly referred to as an EMG.

“The full name of the test is EMG/NCV which stands for electromyography and nerve conduction velocity.

“EMG is the gold standard for diagnosing ALS, and results from this test can make the diagnosis very early in its course.”

Does a normal EMG mean you can’t have ALS?

Dr. Geraci says, “I use EMG in my office at least 15 times weekly, and about two to three times a month I see a patient who is concerned they may have ALS.

“After I examine them and do the EMG I can almost always give them the answer, and it is usually, ‘You can relax, you don’t have ALS!’”

Why do you say “almost always” and “usually”?

“I used the terms almost and usually because the reality is that rarely I do diagnose someone with ALS who comes in with fascics, but they usually have weakness and neurological findings. 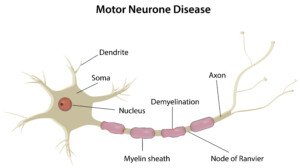 “Dozens, perhaps hundreds, of studies have documented the utility of EMG in diagnosing ALS.

“If a person has a normal EMG it is essentially impossible that they have ALS, but, the caveat would be that the person also would have a normal neuro exam (which is not just strength testing but also reflexes, and the discussion gets complicated so suffice it to say abnormal exam).

“It is an absolute that if a person has a normal EMG and normal neuro exam, they DON’T have ALS, period.

“If the EMG is completely normal in a patient with symptoms, ALS is effectively excluded and one would look for other diagnoses.”