My Neurotypical Sister Scored 4 on the Autism Quotient Test 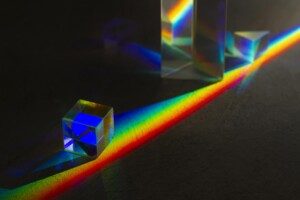 I didn’t think anyone could be so “normal” as to score a 4 on the autism spectrum quotient test.

My neurotypical sister took the autism spectrum quotient test — at my suggestion — soon after I informed her of my clinical diagnosis of ASD.

I consider this sister to be very neurotypical. This means that if you write down 10 traits that strongly indicate an NT brain, my sister will probably have all of them.

She scored a measly 4 on this 50-question test. How does anyone score this low? Well, obviously it’s possible.

The average score for non-autistic women is about 15. This doesn’t mean a neurotypical can’t score lower or higher.

Many many years ago I overheard my mother relating a story about a party my sister once had at their house — with my parents’ permission, of course.

A neighbor had called the police to make a noise complaint, as some of the partying was occurring outside (on our parents’ property).

My parents were actually home at the time, and the police came over to respond to the noise complaint.

As my mother related this story of years ago, there was something she had said that had always struck me as very interesting.

She said that my sister, in the course of speaking to an officer, had managed to butter him up with her suave social skills, making him believe that it was just an innocent party of fun-loving young adults (and it was; there were no drugs and I don’t even think any liquor), and that the neighbor was a snoopy Mrs. Kravitz type.

The cops left on a very friendly note.

It’s no surprise that someone like this would score a 4 on the autism spectrum quotient test.

Her husband also took it and scored a 15, though she said, “He probably wasn’t 100% truthful.” The average score for non-autistic men is 17.

The tricky thing is when people score 25. That’s because when the test results show, it states: “Scores in the 26-32 range indicate some Autistic traits.”

However, a report on novopsych.com says: A total score of 29 or more is indicative of clinically significant autism traits (Broadbent, et al., 2013).

Using the cut-off score of 29 has a false positive rate of 1%, however will fail to identify 14.4% of people who actually do meet the diagnostic criteria for DSM-5 defined Autism Spectrum Disorder.

This means that 14.4% of people who took the test and meet ASD criteria scored lower than 29.

But this doesn’t mean they scored much lower than 29! In fact, 26 is the threshold.

But if you score in that grey area that makes you wonder, “Am I neurotypical or autistic?” then perhaps a formal ASD evaluation is warranted.

I scored a 32 and was ultimately clinically diagnosed with ASD.

There are various “autism tests” online. If you keep wondering if you’re on the Spectrum, you may want to take three or four of these tests and see if you consistently score in a higher range.

If you keep scoring what seems to be “out of neurotypical range,” do NOT worry that you might be on the autism spectrum.

Autism is a neurotype, not an illness or disease. It’s an alternate processing system, not a hardware error.

Autism comes with many strengths that are sometimes referred to as superpowers. There is no shame in being an Autist.

The world needs autistic people. Like, who ELSE is going to invent warp drive!