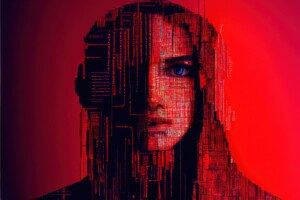 I thought I was neurotypical, but this just didn’t feel right.

I felt almost like an imposter and ultimately got my autism spectrum diagnosis.

Soon after posting a lot of articles on a content site, using a pen name, I began taking interest in the titles appearing in my feed.

It was basically one of two topics: entrepreneurship/working at home, and … this thing called neurodiversity.

At first, my feed kept getting clobbered by those “Earn $5,000 in Your First Month of Writing” titles.

Finally, things shifted and I kept getting all of these “neurodiversity” and “neurodivergence” titles, along with a lot of titles with autism and autistic in them.

As I skimmed the titles and their subtitles, I’d acknowledge in the background of my mind that I was neurotypical — the first time I had actually seen that word.

I didn’t give it much thought, other than that’s what I was, and some other people were neurodivergent.

But then, soon after, something about this acknowledgment didn’t quite sit right.

I was acknowledging that I was a neurotypical by some kind of default mechanism — based on the premise that I wasn’t neurodivergent.

What kept convincing me that I was an NT was that the titles and subtitles spoke of all the problems that come with neurodiversity such as issues in the workplace and how employers need to make “accommodations.”

Though I’d always had difficulty melding with coworkers, I didn’t see this as the same thing as needing accommodations.

Though at one workplace I was the only person out of many who wore noise cancelling headphones to block out the very annoying sound of the continuous hum of big computers (yes, way back when), I never saw this as anything odd.

I was falling victim to this illusion that ALL neurodiversity ALWAYS comes with all sorts of struggles — that I myself never experienced, such as meltdowns on the job.

I had a history of not getting along very well with coworkers, on a collective level, and being thought of as rude or strange, but I also tended to attribute this perception of me as a problem stemming from the coworkers themselves, rather than from the way my brain was constructed.

One day I spent 20 minutes in the bathroom to wait out an employee’s visit with his days-old infant to avoid having to pretend I felt joy at seeing someone’s newborn.

I had seen him enter the large department and begin, one by one, going up to each employee and presenting the baby. There was NO way that I was going to be part of that.

Instead of viewing my choice to disappear as a sign of some kind of social deviation, I saw it as a logical response to someone being hypersocial.

In addition, I’d always been too self-sufficient to have this thing called a neurodivergent mind.

But, doggone it, a little piece of me felt fraudulent whenever I found myself background-acknowledging that “I’m not like that,” referring to neurodivergent.

Ironically, I never forgot that several years prior, I had taken a few online tests for what had been then-termed Asperger’s and scored high enough for a suspicion of this syndrome.

But I figured that maybe I scored rather high because I was an unusual and independent thinker, a different kind of person, someone who didn’t need people, an individual who had always been artistic, and who was very analytical and detail-oriented …

So there I am, continuing to see all these neurodiversity topics in my feed and even kind of getting tired of it.

Then one day, I decided to read one of these articles.

The content felt familiar to me, and I wanted to read another one of these autistic-authored articles.

As I read these articles, I’d think, “Oh my God did this writer get this content from inside my head?”

A recurring reaction to the articles was, “I could’ve written this!” Another one was, “That’s ME!”

I’d sit back in my chair, thinking, “Could I be autistic? Could THAT be what’s been going on with me all my life?”

It wasn’t long before I learned what autism is: a spectrum that presents quite differently from one Autist to the next, and includes a host of features that I had never thought were caused by autism — features that were ME.

I’d think, “Do I miss sarcasm? No, I get the humor in sitcoms — but WAIT — I’ve always from time to time reflected how I can’t stand when people suddenly tell me they were just kidding with me and I had no idea they were!”

Years prior I had not been able to tell if a fellow volleyball player, whom I had met in pickup games, really liked me or just didn’t have the nerve to end socializing with me.

How come so many people seemed rubbed the wrong way by me?

“What’s this stimming … do I stim? Oh my God…I rock all the time! I’m always smelling my hair!”

But a self-diagnosis wasn’t good enough. I ultimately pursued a formal assessment and got an official diagnosis of Autism Spectrum Disorder. It explains everything about me that ever was.

Now I know why something deep inside of me just didn’t agree with my past identification as a neurotypical.

I proudly take up space on the Autism Spectrum. And no, I do not consider myself to have a disorder.

Maybe one day the American Psychiatric Association will change the name to Autism Spectrum Neurotype.