An Autistic Disagrees with “It’s Okay Not to Be Okay” 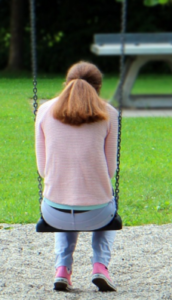 Read this carefully: It’s NOT okay not to be okay.

This over-stated mantra has been beaten into the ground on the Internet. I’m Autistic and don’t buy into this fad mantra.

The phrase, “It’s okay not to be okay,” has made some serious rounds in the media world — all over Instagram, blogs, talk shows, you name it.

Who started this? An Instagram star with two million followers? Or did it one day show up on Twitter?

Somehow, someway, the funky phrase caught on and spread like wildfire – and is still in full force and effect.

However, the line should be: “It’s NOT Okay Not to Be Okay.”

There’s a large number of articles online that are titled “It’s Okay Not to Be Okay,” though several have slight variations.

Before I move on, I want to strongly point out that this post is NOT about people grieving the loss of a loved-one.

The loss of a beloved family member, cherished friend or much-loved pet is devastating.

However … there’s a big problem with the way this buzz statement is being tossed around on social media and everywhere else short of inside the kitchen sink.

It’s NOT Okay Not to Be Okay

It’s NOT okay to feel so depressed that you can’t leave your bed for three days, as one Instagram influencer one day posted.

Her deluded fans were telling her that it was okay not to be okay.

Being bedridden for three days due to negative emotions, burnout, stress, etc., should NEVER be normalized!

Now don’t confuse this with an occasional one-day bed-fest. I took those every so often in college when I felt just so blah.

Then next day I was hopping and recharged. But things can go south quickly in other people.

When my mother was disabled from depression, my father believed this was okay – not serious enough to warrant medical intervention – and hence, treatment was delayed for many weeks until finally, my aggressive pleas to my father to get her professional help sunk in.

The day I gave her the first dose of Cymbalta was a day of high hopes. The next day, my mother was reborn and she got her appetite back.

But then after several weeks, the antidepressant began losing steam. I inquired about a dose increase because my mother’s new-found “okayness” was slipping. This was NOT something to be normalized.

The higher dose worked. But then eventually, that too began losing steam, until ultimately, the highest recommended dose was failing to be effective.

IT IS NOT OKAY NOT TO BE OKAY

No, her mood impairment, fits of sobbing and announcements of wanting to go into the woods and die were NOT a normal response to the stresses of life.

No, this wasn’t the normal reaction to feeling overworked. No, No, NO!

I took her to the ER where a very astute doctor almost immediately suspected an underactive thyroid.

A blood test confirmed she had thyroid disease! The clinical signs of depression and other symptoms (e.g., constipation) quickly cleared up once she began taking a daily thyroid pill.

Now imagine what would’ve happened if her entire family had subscribed to this ridiculous idea that “It’s okay not to be okay.”

When someone doesn’t seem okay in their head, doggone it, you should never assume there can’t be a physical cause!

This annoying and overused phrase can be taken seriously by very vulnerable and despondent people.

If they think it’s okay to not be okay, they’ll be less inclined to seek help. Hello out there?! How can anybody in their right mind endorse this buzz phrase?

Of course, it IS normal human nature to experience situational feelings of bleakness, despair, anxiety and stress (e.g., car broke down, broke up with boyfriend, dog diagnosed with cancer, lost job, new neighbors are creepy), anxiety and edginess — but at what point does situational despair become NOT okay?

It is NOT okay not to be okay!

Otherwise, to subscribe to this rule means you’ll just be more likely to dismiss the warning signs of a pending suicide attempt in your teen as “just a phase.”

Or, you’ll be more likely to miss the warning signs of suicidal feelings in your best friend or EVEN YOURSELF!

To disagree with this overused media phrase does not mean that you think that everybody should feel blissful 100 percent of the time. No, that’s not what I’m saying at all.

What do Autistics think?

What percentage of neurotypicals have jumped on the bandwagon for the redundant slogan?

What percentage of autistic people have done so?

Hmmm – I’d like to think that the percentage for autistic people is significantly lower than for NTs.

Autistic people, much more so than NTs, have a natural immunity to jumping on bandwagons and mindlessly following fads and trends.

“It’s okay not to be okay” seemingly has more appeal to those who’ve given up, who have a learned helplessness and are seeking a reason to give up the good fight.