I Have Mild Autism and Here’s What It Is 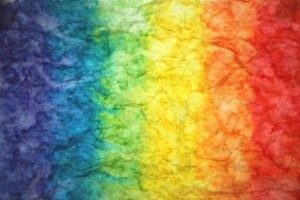 As an autistic woman I will explain what it means to be mildly autistic.

There is no known biomarker that proves there can’t be a such thing as mild autism.

It seems that the majority (and nobody, of course, knows the percentage) of autistic people aren’t too keen on the idea of categorizing autism as mild, moderate and severe.

The popular approach to differentiation is that of reference to support needs: Are they minimal, substantial or very substantial? In other words, a Level 1, Level 2 and Level 3, respectively.

But if we were to look at 100 autistic adults in each level, we’d see a correlation between the level and what would be described as mild, moderate or severe.

For instance, you won’t find individuals in Level 1 who can’t communicate (mode of communication is not relevant; a nonverbal Autist can still become adept at typing and using many hand gestures).

You won’t find individuals with Level 3 ASD who drive to and from an office job every day.

An autistic woman – let’s call her Kellcie – who runs through a store shrieking with delight, runs up to strangers and stands in their personal space to stare into them, who needs help dressing, cannot prepare toast and cereal, and is unable to use hand gestures to express needs – is not going to be given a Level 1 diagnosis. It’ll be Level 3.

However, in an autism forum, someone posted that they were Level 3 because a feature of their autism made it impossible not to depend on a carer, even though this person also described being able to conduct all basic adulting activities. I couldn’t imagine what the feature was.

Perhaps it was a propensity to inflect severe self-injury, and that was why the carer needed to be present?

Would it really be accurate to label this person as Level 3 just because the carer had to always be there? The carer didn’t actually assist with adulting; it sounded like a standby situation.

A “mild form of autism” used to be known as Asperger’s syndrome.

This changed in 2013, and the diagnosis was put under the umbrella term of Autism Spectrum Disorder.

For all we know, the mental health practitioner’s manual – the DSM-5 – will be updated again not too far in the future, reclassifying ASD in some way perhaps using terms such as mild or Grade I, II and III. Maybe even a Grade IV.

I am mildly autistic or, to put another way, have mild ASD. I am in the mild category because, quite logically, I’ve always been self-sufficient, including at school.

How could my autism not be mild if I’ve never needed assistance with the activities of daily living, or adulting?

My autism is mild enough that your average person — who works alongside me on the job, or sees me all the time at the gym, or ends up with me in some other environment for a while – probably won’t suspect autism — though they’ll surely know I’m wired a bit differently.

This may rub them the wrong way, or, it may not phase them a single bit. They may even enjoy conversing with me.

However, if they know a few things about “high-functioning” autism, they may notice those traits in me, depending on how well they know me or what the circumstance is under which they’re alongside me.

For example, they may notice that I over-explain or over-analyze; that I use analogies a lot; that my eye contact can be intense.

They may notice flat affect (absence of or neutral emotions in circumstances that would draw out emotions in others).

They may notice minor stimming involving my hands and fingers. They may recognize a little info dumping.

They may notice I’m not into small-talk or don’t do much “emotional reciprocity” in conversation.

It really depends on the situation and whether or not the person’s idea of autism is based on stereotypes.

IS there a such thing as mild, moderate and severe autism? This can all come down to opinion.

Is it true that “You’re either autistic or you’re not?”

It can get murky. For instance, what if you score 25 on the Autism Quotient Test?

The cutoff point is 26 (highest possible score is 50), in that this is the minimum score for a suspicion of autism.

A score of 23 or 24 would be a grey area, a person who, perhaps, might be professionally assessed as neurotypical “with some autistic traits.”

An ASD evaluator will answer “No.” And I concur, because an affirmative to a simple question such as, “Do you feel uncomfortable with fluorescent lighting?” will raise the score.

I have no problems with standard lighting, so I get no points for that question.

I also don’t have meltdowns or go mute when distressed. I don’t avoid eye contact when interacting with people. I didn’t line up my toys as a child.

Things like these on online autism tests keep my scores from being markedly high.

But I’m still “just as autistic” as the person who scored much higher than me on an online autism test.

Lining up toys shouldn’t be the standard for wanting order and structure.

How about a question like this: “Loose carrots need to be aligned straight in a bag; if they’re in different directions you feel internal distress.” I’d definitely get points for that one.

I was always okay with toys out of line, but the moment I began shopping for loose carrots, I realized (years before my ASD diagnosis) that they HAD TO BE PARALLEL TO EACH OTHER in the bag.

At home, when I remove a carrot from the bag, if this jostles up the other carrots so that a few are out of place, I must straighten them before putting the bag back in the refrigerator.

So even though I never cared about the alignment of my toys, I still need to have something lined up: long carrots in a bag!

Am I less autistic than Kellcie? An ASD assessor will say “No.”

But when it comes to mild, moderate or severe, these descriptors seem very fitting in the world of autism.

In fact, there’s even a push to use the term “profound” to describe Autistics who are significantly incapacitated by their neurodivergence.

Just like the puzzle piece vs. the infinity sign, there will never be a 100 percent consensus on the idea of varying degrees of autism.

What’s important is that we keep discussions open.