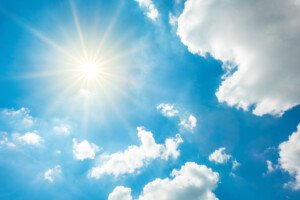 How could I have the same disorder – autism spectrum — as someone who hardly speaks, needs constant supervision and has meltdowns over small changes?

In the months following being diagnosed with Level 1 Autism Spectrum Disorder, I’ve been experiencing a surreal component.

I’ve been living completely on my own since age 22 and have never required assistance from a social services agency or other similar type of support entity.

Throughout my primary and secondary schooling I never required any kind of “special” accommodations – though I need to point out that if any of my teachers were to have been asked, “Which student comes off as the most odd or different from other kids?” my name would have come up in the top three.

In fact, I had always considered myself more capable than all the neurotypical kids around me, who seemed to get emotionally upset very easily.

I started school at five and have a December birthday, which means that for half the school year I was numerically a year to two years younger than my classmates.

In junior high homeroom, a bee flew into the room. All the girls fearfully fled — except me. None of the boys fled.

I had possessed the maturity (for lack of a better word) to remain at my desk and not act like a baby. It was just a bee, not a bear!!!

As I look back at the kids who were disruptive in class, I don’t see any of them as autistic, but rather, quite NT.

I do recall, though, one day in junior high art class, a boy had a weird meltdown, then spent the rest of the class sitting immobile and stiff, eyes lowered, doing nothing. He could’ve been autistic. But the regular troublemakers came off as neurotypical.

I remember one girl, Bridget, who in ninth grade was running all over the classroom, even up on a chair, along with her buddies, having a good ‘ol time, while the very mellow teacher desperately tried to control the class by repeatedly announcing, “Girrrrrlz, girrrrlz,” and just watching them and not knowing how to exert any authority. They were a bunch of wild NTs!

I’d always been a model student (though disliked by many teachers), began babysitting at age 11, got my first job at 16 and went off to college at 17, living in a dormitory.

I bring these facts up because they seem so dramatically in contrast to the autistic individuals who need significant support for the activities of daily living.

I DO have hissy-fits over events that I suspect wouldn’t rattle most neurotypicals.

But I suppress this behavior around other people. However, this doesn’t make me “less autistic” than someone who freely hissy-fits in public.

Maybe the reasons I’m good at suppressing these brief little outbursts is because I grew up in an environment in which “not acting normal” was condemned. From an early age my parents expected me to behave and keep cool.

But some credit for this may also need to go to how my autism presents. Let’s not ignore the word “spectrum” in this condition.

Nevertheless, it’s still surreal to know that I have the same “disorder” that renders many others unable to shop at Walmart without having a meltdown, effectively navigate an airport, sit among a group of people in a restaurant without falling part, or experiencing incapacitation for days after an unexpected change in routine.

With that all said, I proudly embrace my space on the Autism Spectrum.

My sentiment is this: The world needs autistic people. Autism is nature’s way of offsetting the excessively large number of boring people in this world.

Nobody knows just how much autism has played in the many inventions over the centuries.

According to the VCU Autism Center for Excellence, “The term autism spectrum disorder is used because the range of symptoms can occur in any combination and can range from mild to very severe. Every individual with ASD is unique in their abilities and challenges.”

It’s fair to note that some Autists disagree with these terms, while others, including parents of autistic children, feel comfortable with them.

Some don’t like “on the spectrum” while others use this phrase freely.

So, if someone says, “I have mild autism,” or, “I’m on the high end of the spectrum,” they aren’t misrepresenting themselves. They have a right to describe their condition any way they please. It’s all about personal preference.

My brother-in-law referred to my autism as “high on the autism scale.” This might have offended others who’ve been affected by ASD, but who’s to declare that “scale” is inappropriate?

I’m the patient who remains perfectly still and silent during a medical procedure that makes so many others writhe and cry—endometrial biopsy, anyone?

Painful as fuck, but I lied there like a statue through TWO of them 20 months apart, and was dead silent during the first one, and only softly moaned during the second. (All was normal; bleeding attributed to a urethral caruncle and postmenopausal atrophy, respectively.)

After the first procedure, I was told by the nurse how well I had done, as far as remaining so still and quiet. I replied, “Well, I just slipped into my Vulcan demeanor.”

The irony is that at this time, I had no idea I was autistic. But I do believe that my Autistry played a big role in getting me through a procedure that makes some women scream, even faint afterwards.

To those who can’t understand how one autistic person could be so “high functioning” while another is profoundly disabled, I offer an analogy.

Think of the concept of overweight. There can be several people who are overweight.

Despite being overweight, Kaycey is able to dash up hills for exercise. She hikes for two hours in the foothills without a problem.

She shovels snow, has no problem walking all day at Disneyland, and has more stamina than her seven-year-old twins combined. Kaycey is only 20 pounds overweight.

Anndrea, on the other hand, is 100 pounds overweight. She can hike, but must slowly stick to easy trails and take frequent breaks.

The eight miles of total walking at Disneyland come with plenty of breaks, sore legs and sore feet.

Anndrea can’t run after her young children at the park, but she can go on shopping errands, conduct housework, rake leaves and perform other household duties without assistance.

And now we have Beth, who’s super morbidly obese and struggles just to get out of a chair. She requires a motorized scooter while shopping.

She lives in continuous pain, what with 300 pounds of excess weight bearing down on her skeletal frame.

Beth must take medications for joint pain, high blood pressure, acid reflux and high cholesterol, and uses a CPAP machine for sleep apnea. Walking the dog is out of the question; her 10-year-old does it.

We have three people who are “overweight,” yet all display different capacities.

One is unaffected (unless she decides to compete in a 100 meter dash contest or pullup contest), while the second one has problems and needs some modifications but can still lead a fairly normal life, while the third is significantly impacted in a negative way.

A neurotypical should not compare the autistic person they know to another autistic person, any more than making a comparison of Kaycey to Anndrea or Beth.

At the time of this writing, my ASD diagnosis is only several months old. I’m still catching myself making comparisons to other autistic individuals.

This is probably in large part fueled by my age at diagnosis: middle-age. I never grew up with the diagnosis, which would’ve allowed me to naturally and smoothly integrate with it.

Thus, that surreal component persists – even though I’ve met numerous autistic adults who seem “more normal” than me!

But at the end of the day, I’m a self-advocate and would love to see Autism Spectrum Disorder normalized as an alternate operating system instead of being regarded as a processing error.