As an Autistic I Love the Phrase “On the Spectrum” 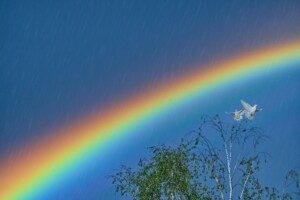 Diagnosed Autistic in middle-age, I very much embrace the phrase, “I’m on the Spectrum.” I think it’s cool. But not every autistic person feels the same way.

But I also embrace the following:

Another endearing term I’ve come across several times in autism forums is “spectrumite.” But I won’t be telling people, “I’m a spectrumite,” because it’s a rather klutzy word.

I know that some autists don’t like “on the spectrum,” perhaps mostly because, as they see it, this phrase hints at not fully embracing ASD — even though ASD includes the word spectrum.

However, because I embrace my autistry, I embrace “on the spectrum” or “on the autism spectrum.”

The phrase may also be perceived as a bit patronizing. But I certainly don’t see it that way.

The condition IS a spectrum. If you’re autistic, you’re ON the spectrum, not above it or next to it or under it or inside it. You’re actually on it. The preposition “on” is the most accurate descriptor for having autism spectrum disorder.

Thus, it’s not inaccurate or condescending, in my opinion, to say that an autistic person is on the spectrum.

Though I haven’t seen it in print or heard it spoken, I’m sure that there are autistics out there who refer to themselves as speckies or “I’m a speckie.”

A spectrum is beautiful. All school kids learn in science class that if a light is shined through a prism, it’s broken down into its components: a dazzling display of colors — all the colors of the visible light spectrum.

This principle is also how rainbows are formed. The sun hits raindrops, then is refracted and broken down into its components — and we see that as a rainbow.

It’s cool that a neurodivergent condition is associated with prisms and rainbows.

And yes, to say that so-and-so is “on the spectrum” kind of has a damping effect on the stereotypical concept that many neurotypicals still have of autism.

When many NTs hear, “She’s autistic,” or, “He has autism,” certain things will come to mind if they haven’t met that person. And those things might be a negative stereotype.

But if they hear, “She’s on the spectrum,” they’re less likely to automatically conjure up negative stereotypes. Or at least, that’s how it seems to me.

I certainly don’t like disorder, though. Maybe one day, the condition will be changed to ASN: autism spectrum neurotype.