Why a Fit Athlete Can Get Clogged Arteries: Sleep Apnea 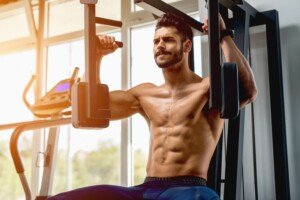 No, sleep apnea does NOT affect only obese people. Lean fitness enthusiasts can have OSA which can go undetected and lead to coronary artery disease.

Though it’s certainly true that obesity and smoking are major risk factors for obstructive sleep apnea, this doesn’t get a lean, muscled, fit person off the hook from this very serious disorder.

Most people of a healthy weight and who are physically fit from structured exercise will rarely consider sleep apnea as a cause of some annoying daytime symptoms.

For instance, if they’re often drowsy during the day, they may chalk this up to not getting enough protein for muscle recovery; stress from working too many hours; raising young kids or having insomnia – a condition that has been practically normalized.

When we hear about a nonsmoking, fit lean runner, aerobics instructor, hiker or gym enthusiast who has a heart attack, we must wonder if maybe – just maybe – they’ve been unknowingly suffering from sleep-disordered breathing (sleep apnea) for many years.

Over time, this can seriously damage the heart.

“Obstructive sleep apnea often causes intermittent hypoxia (IH) – low levels of oxygen in the bloodstream which happens when the airway becomes blocked for some time due to OSA,” says Dr. Praveen Bhatia, MBBS, a respiratory physician with an interest in sleep medicine, and clinical advisor to MedCourse, which connects clinicians with medical course providers.

Causes of a Blocked or Partially Blocked Airway

As you can see, obesity is only one possible cause of OSA. Thus, a thinner, physically fit person with a killer physique can still have this very under-diagnosed disorder.

When the airway collapses, the brain eventually senses a drop in blood oxygen levels.

The brain forces an arousal to un-relax the throat tissue: opening up the airway, allowing a breath to be taken.

Though the arousal is enough to make this happen, most arousals do not waken the sleeper to consciousness.

Thus, there could be a hundred apneic events per hour that the sleeper is totally unaware of.

“When the level of oxygen in the blood drops and then comes back to normal levels after a period of hypoxia, the result [over time] is systemic inflammation in the body, which in turn leads to atherosclerosis (clogged arteries),” says Dr. Bhatia. 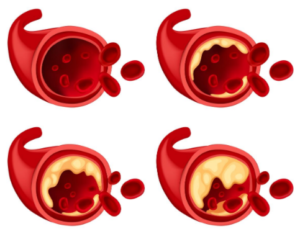 “There may also be an effect on your metabolic health caused by IH, leading to dysfunction of fat tissue and potentially an increased risk of type 2 diabetes, which increases the risk of atherosclerosis.

“Finally, IH appears to lead to the formation of reactive oxygen species (highly reactive chemicals formed from oxygen), which ultimately leads to dysfunction of the lining of your arteries in which atherosclerosis can form.

“In medicine, we often generalize conditions to a population, saying ‘X causes Y’ or ‘A prevents B’ — because we have studies to prove that in a majority of cases, these statements are true.

“However, on a smaller scale, this doesn’t always apply. On a person-to-person basis, there is a (small) chance of developing a condition even if you have done everything you can to prevent it.

“Therefore, even the most ‘fit and healthy’ person can develop clogged arteries, especially if they suffer from OSA.

“A study published in 2002 by Peker et al1 looked at 182 Swedish men attending a sleep service for OSA.

“All of these men had no pre-existing cardio-metabolic conditions when they were first seen in the clinic.

“The outcome of the study was that inadequately treated OSA was associated with an increased likelihood of symptomatic coronary artery disease when assessed seven years on.”