An Autism Cure Is Like Removing the Symbiont in “Star Trek” 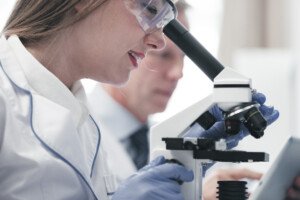 A thought experiment: curing autism in those who have it, rather than prevention in the future. What would people be like with their autism removed?

I’d gather they’d feel something like how Jadzia Dax did when her Trill symbiont was temporarily removed.

When the symbiont is removed, its human host will be left feeling soulless, an empty shell of what was once a whole, dynamic person.

In the “Star Trek” universe, Trills are actually humanoids, and a small number (hosts) are “joined” to a slug-like organism called a symbiont. But in common Trekkie talk, the symbiont is often called a “Trill.”

People who are joined to a symbiont have personalities that are composites of the host and the symbiont.

But if the symbiont has been in other hosts, the latest host acquires all the skills, personalities and memories of those previous hosts.

In one episode, the symbiont had to be removed from Jadzia. When a symbiont is removed, the host will die within several hours.

While Jadzia was lying in bed, after having the symbiont removed, she described how this felt.

“I feel so empty,” she said. She felt incomplete. She sounded lost and disenchanted, as though a huge part of her psyche — what made her HER — had been extracted. She felt like a vacant shell of what she had used to be.

I’d imagine this is how I might feel if my autism were cured. I’m not a person with autism. I’m autistic.

What would a neurotypical version of an autistic person you know be like?

I can’t begin to imagine what I’d be like as a neurotypical.

I know I’d still love chocolate, but would illustrating any inanimate object in front of me come as easily? Would writing? Would other prized attributes to being on the Spectrum?

What would go on inside my head while I was waiting at the dentist’s office, in line at the grocery store or waiting for a TV commercial break to end?

Would the rich, vast inner world that I have now – which provides me a “second life” – go up in smoke? What would be there in its place?

I know that socially fitting in would definitely come a lot easier. People would take to me better. I’d lose my “quirkiness” and “differentness.”

Autism is heavily interweaved in a person’s mind and brain. To cure this in any given autistic individual would be to literally change their personality.

They’d be unrecognizable to their family members: “Who IS this person who’s inhabiting Kaytie’s body?”

This brings to mind a movie, “Who is Julia?” in which the brain of a woman (Julia), whose body is dying, is transplanted into the healthy body of a woman whose dead brain was removed.

Though this isn’t the same as a person’s brain being altered while it remains in their body, the concept of autism cure makes me think of this movie.

In the movie, Julia’s husband struggles to love his wife after her brain is transplanted into a stranger’s body.

That’s because the original body and face of his wife were conventionally attractive.

The new body lacks the perks of the former body, and the new face is a classic Plain Jane.

With an autism cure, you’d have the same external package — but a different mind, a different SOUL.

In fact, the external package would undoubtedly move differently, right down to subtle mannerisms.

For autistic people who find the idea of a cure for ASD unsettling — don’t worry. I doubt there’ll ever be one. We don’t even have a cure for the common cold. We still don’t have a damn cure for cancer!

We suck at finding cures for disease. Though autism isn’t a disease, it’s on the “we want a cure” list by many neurotypicals.

Though many NTs may rightfully want a cure for the severe autism in their child, and those adults who are significantly affected by their own autism would understandably want a cure or, at least, a dilution of their most challenging traits — keep in mind that many others with milder forms of this neurodivergence wouldn’t have it any other way.

It’s amazing to wonder if most major milestones of technology throughout recorded and unrecorded history were developed by an autistic person.

It’s quite possible that a cure for autism would be devastating to humanity.