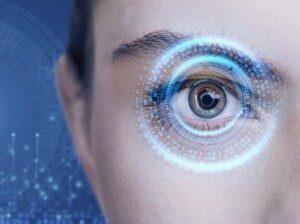 I had a most fascinating conversation with Brad Biren, a tax and elder law attorney with a specialty in crisis Medicaid planning, who was diagnosed with autism at 35.

I wanted to know whether or not he could make, let alone sustain, eye contact when in conversation, since many autistic people struggle with this.

It was once believed that the reason some autists avoid eye contact is because they’re not interested in people or dislike people in general.

However, being uninterested in someone never stopped neurotypicals (people without autism or other neurodivergent conditions) from holding eye contact.

A neurotypical could hate someone’s guts and still look them dead in the eye. Thus, a disinterest or dislike in people doesn’t quite explain gaze aversion.

“I make eye contact — but I don’t know if I would call it eye contact,” begins Biren.

“I noticed though that I can sustain eye contact without it having an effect on my cognitive load.

“I find it works best for me as a tool for gauging emotions. I cannot read faces well, but making eye contact allows me to force a ‘tell’ out of the other person, which gives me an understanding of how to interact with them.”

The descriptor of “going through the motions” is pretty succinct here. Imagine that while you’re conversing with someone, you’re required to continually shake their hand.

It’s easy to do, but is entirely conscious and mechanical: You’re going through the motions, yet at the same time, you might be able to “force a tell” out of that person depending on their grip, if their hand is sweaty, etc.

Biren explains, “If it is a question of intentionality, then it is intentional, not instinctual. Because it is not automatic, which would require only my ‘lizard brain,’ — it pulls upon my frontal cortex to remind my occipital lobes to go to work.”

If this is puzzling to the neurotypical (NT) reader, think of it this way: Imagine you move to a country where the social norm is to stare at someone’s left hand while in conversation.

You’d have to keep reminding yourself to do this. I asked Biren if this is an accurate analogy to his eye contact experience.

“Yes, I had to remind myself to make eye contact and generally to go through the motions because that process did provide information to me–as scant as it was.”

“I was also morbidly obese as a young man and felt socially isolated. I understand that to be a chicken/egg relationship, but either way, I did not like making eye contact until my 20s.

“I was not sure if I was supposed to make eye contact [as a youth]. That seemed to be the gap in any logic.

“While growing up one learns to navigate the rapids of social interactions.

“Most of what we learn is based on in-contact interpretation. That means information about the situation, others’ body language, and a general sense for the conversation.

“No one ever really said do or do not look into peoples’ eyes.”

On the other hand, some people may have heard the directive of “look at peoples’ eyes when they’re talking to you” all throughout childhood.

How many of us have been instructed by an adult in authority, “Look at me when I’m talking to you!”?

Biren continues, “I learned it by going to bars in college. People were in close proximity and eye contact was limited. It was a stepping stone into more eye contact.”

“From about the ages of nine to 17, I struggled profoundly with ‘how’ to make eye contact. I experimented with trying different styles.

“Then, I realized that there was a connection between eye contact and the tenor of the situation.

“I did sometimes mix things up. For example, I did not realize the autonomic response had on the other person when you stare into their eyes.

“I learned that pupil dilation in response to prolonged eye contact by another meant anything from relaxation to infatuation.

“It became a way for me to distinguish those more likely to treat me poorly from those less likely to do so. That entire discussion happens in my mind still.

“That level of thought on something that should be parasympathetic can be exhausting and at times difficult.”

He explains, “Once I realized that I can make eye contact with just one of a person’s eyes, I found that most people felt at ease when I demonstrated left-side gaze bias.

“Left bias means we tend to look at just the right side of the face and by extension the right eye.”

“I found that, by spending more time looking into a person’s right eye put them at ease.

“When I found that, I made that component of my eye contact regiment more of a habit.”

What does “extremely agonizing” mean?

Biren elaborates, “Extremely agonizing: If we consider the etymology of the word agonizing itself, we find that we arrive at the root word of contest.

“I experience agony when my autistic brain realizes it must force itself to use the executive skills learned in occupational therapy, rather than default to their non-conforming motivations.

“As a person on the spectrum, you almost want to talk to collect and systematize data about the person as fast as possible.

“That is only possible using more than one sense and a flurry of invasive questions, that are really none of our business.

“Thus, I experience a sense of contest, a fight, an agony, the extreme agony of toiling over minutia that comes to others so effortlessly.”

• For NTs, eye contact is instinctive and requires no conscious effort to regulate or modulate.

• When autistic people sustain eye contact, it usually comes with a persistent awareness—that the other person is unaware of.

• For autistics, it has a mechanical or artificial quality. Often, they’re focused on getting it right while at the same time, trying to follow the conversation they’re having.