Do Autistics Overestimate the Importance of Social Cues? 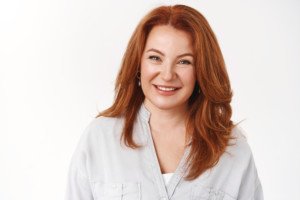 If reading social cues such as facial expressions is so important, how do blind people connect so well in social situations? A blind person can’t see faces or body language.

Literature on Autism Spectrum Disorder includes narratives of how the avoidance of eye contact can be costly to the development of social skills as well as impede success in the workplace, since humans gain so much information by looking at each other’s eyes.

But if this is so true, why don’t people who’ve been blind since birth or early childhood suffer the same problems?

And that as a result of this, autistic individuals struggle in social situations, come across as aloof or awkward, find it difficult to make friends and often have a problem keeping friendships.

I’m autistic. So apparently, all my life, I’ve been missing social cues or getting them wrong when I notice them.

Of course, a buzzer doesn’t go off every time this happens. Thus, when it happens, I have no idea that something just happened.

And if I correctly read a cue or some other nonverbal language, I don’t get a chocolate treat. Hence, I have no idea just how often glitches or successes occur when it comes to “reading” people.

However, nobody’s ever told me, “No, I’m actually quite puzzled,” after I told them, “You look quite happy.”

What intrigues me, and I’m sure, many other autists, is the over-emphasis that seems to be placed on the ability to correctly interpret nonverbal communication.

Some autistics worry quite a bit about their deficit in understanding nonverbal signals, without considering that neurotypical blind people never even see the signals in the first place yet typically do very well in social settings, have no trouble gaining friendships and keeping them, and go through life without NTs thinking they’re “weird.”

So why is it, then, that observing nonverbal communication is SO important to sighted people, but not relevant for blind people?

How do blind people get around this, especially when someone’s facial expression doesn’t match their spoken word?

For instance, a sighted individual might tell a blind person, “I’m really enjoying this conversation,” while feeling the opposite.

And that opposite feeling will be seen in their face by other sighted people – and may even be detected by an autistic person.

“One, when someone is blind, it is very obvious to others that any visual cues cannot be interpreted, so (and this is my assumption), I think that people are more accommodating and understanding of having to be more explicit with communication,” says Dr. Jessica Myszak, licensed psychologist, and director of The Help and Healing Center, whose practice is mostly autism assessment for adults.

A sighted person, including autistic, may even subconsciously be more explicit, giving more detail than usual without even realizing it.

It’s a well-known phenomenon that when a disability is apparent, a non-disabled person will sometimes talk slower and louder, even though the disability has nothing to do with hearing.

People who use wheelchairs will commonly report that able-bodied people (whom they’re meeting for the first time, such as a restaurant server) will speak slower and more loudly to them than they will with the disabled person’s able-bodied companions.

Autistic people have reported that after they disclosed their diagnosis to a neurotypical, the NT then began “talking down” to them.

Thus, it’s quite presumable that sighted people, even those with a mobility impairment, will infuse some extra details when talking to a blind person.

This obviously makes it easier for the blind individual to correctly perceive another’s feelings and intentions.

Dr. Myszak also explains, “There is a difference between social awareness and being able to accurately interpret social cues.

“While there are many autistic people who may have difficulties with social awareness, many others are very good at noticing facial expressions, body language and other social cues.

“People who have come from tough home environments or who have been through situations where the difference between recognizing someone’s bad mood can make a big difference (for example, when someone is being bullied) have sometimes learned to be very attuned to changes in their environment.

“However, being able to accurately interpret these behaviors is a different skillset, and unfortunately, in many situations, you don’t know what you don’t know — so unless someone points out an error in judgement or difference in opinion, it can be very hard to judge one’s own accuracy in this and ‘get better’ at doing this.”

Something else to consider is that many blind people have learned how to perfect the ability to hear every sound in their environment, including subtle changes in voice as well as the noise that a fidgeting body makes in a chair – or the sound of a chair being rocked (which can indicate excitement or nervousness, depending on the verbal context).

They will pick up tapping fingers (a sign of nervousness?), hands rubbing together (a sign of impatience?) or an increased rate of breathing (apprehension?).

When these sounds are put into verbal context, feelings and intentions can be clearer to a blind individual.