Why Does Depression Cause or Worsen Physical Pain? 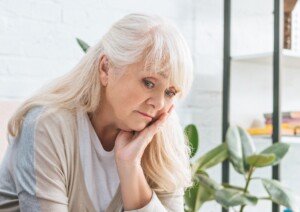 If your body hurts a lot lately, this could be depression.

If you have a pre-existing pain situation, such as carpal tunnel syndrome or sciatica, the onset of depresson can worsen the pain from these conditions.

The physical pain from depression is very real.

“We can think of depression as a heightened sensitivity to difficulties in life,” says Patricia Celan, MD, a senior psychiatry resident at Dalhousie University in Canada.

“When depressed people receive criticism, they may beat themselves up about it more than others would.

“When depressed people have a night of bad sleep, their energy is lower the next day compared to someone else.

“This works the same way with pain – something that may be mildly painful for one person is significantly more painful when depression is added to the picture.

“It all comes down to higher brain activity in the amygdala, which is the brain area predominantly involved in emotions, and less activity in other brain areas that can compensate.

“Both therapy and antidepressant medication can change the way a person’s brain responds to the surrounding world in many ways, from how people interpret criticism to how they interpret pain.

“For example, cognitive behavioral therapy can treat pain even without adding medication – and that therapy can also treat depression.” 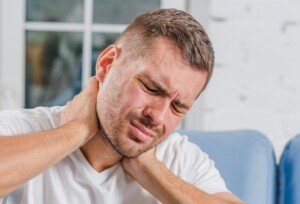 Brain imaging in a study gives strong clues about how depression can cause or amplify physical pain.

The study was carried out by researchers at the University of Oxford. Conclusion: Pain is an amalgam of things that go on in a person’s head…and body.

One day my mother began experiencing mysterious pain (she’d call them “pain attacks”) in her hands…and it would make her weep and sob.

This was totally out of character for her. Weeping and sobbing in an adult almost always has an emotional or psychological component.

Think of the agonizing hurting of stubbing your toe or suffering a calve cramp in the middle of the night.

Who weeps or sobs when this happens? You may curse, loudly groan or yelp, but cry? It doesn’t happen.

So when my mother would erupt into crying fits in the name of a “pain attack” in her hands, I knew there was something mental going on: depression!

The discomfort was eventually diagnosed as carpal tunnel syndrome in both hands.

She also cried when knee discomfort acted up from a recent knee arthroscopy, and from shoulder pain.

After she went on the antidepressant Cymbalta, even the nastiest shoulder pain couldn’t get her to shed a single tear.

Brain imaging was used in the University of Oxford study.

The team wanted to see how healthy people, upon being subjected to depressing music and negative thoughts, responded to pain.

The paper explains that when healthy subjects were made to feel sad by negative thoughts and bleak music, their brains processed pain more emotionally.

This led to the subjects finding pain more unpleasant. Depression increases the perception of pain.

I told my mother that the Cymbalta was “suppressing the perception of pain.”

How does depression increase pain?

The paper explains that a gloomy mood leads to maladaptive changes in the brain function associated with pain.

Ironically, my sister, a doctor, upon learning that my mother would cry when having carpal tunnel discomfort, actually stated, “That must have been some really bad pain.”

She had it wrong. It was some really bad depression.