Why Is Colonoscopy Interval Shorter for Benign Hyperplastic Polyp? 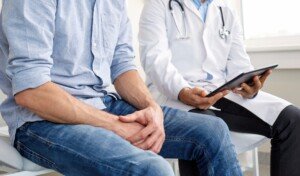 Is it your understanding that when a single benign hyperplastic polyp is found, that your next colonoscopy should be sooner than 10 years, perhaps “seven to 10”?

Two family members were told they had a hyperplastic polyp — nothing else — just that one benign growth.

Both were told that their next colonoscopy should be in seven years, rather than the standard 10 years.

There are various protocols regarding when the next colonoscopy should be, depending on the exam’s findings and family history.

It’s easy for people to be confused over the reasoning behind shortened times between screening colonoscopies when a polyp is discovered.

If you’ve been told that you had a benign hyperplastic polyp removed, “They have a lower malignant potential than other types of polyps,” says Joseph Weiss, MD, a board certified gastroenterologist and clinical professor of medicine at the Medical School, University of California, San Diego.

“It is not correct to state that they have no malignant potential,” adds Dr. Weiss. This is why the recommendation is usually seven years out for the next screening colonoscopy.

If you’re wondering about a shortened interval for your next colonoscopy — you should ask your physician why this is — so that you have a better understanding.

Also, don’t hesistate to ask to see your pathology report. Not all colon polyps are the same.

If your gastroenterologist recommends a shorter interval, do not blow this off, even if you think it’s hypervigilance.

The colonoscopy prep won’t be any easier at a 10 year interval than at a shorter interval.

Dr. Weiss is the author of  The Scoop on Poop! Flush with Knowledge. He has also presented numerous presentations on various health topics.