What’s the Longest to Wait for CIN 1 to Resolve on Its Own? 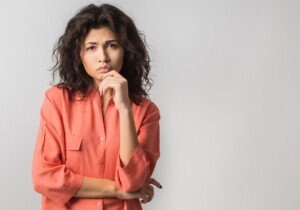 Have you just been diagnosed with CIN 1? Then you know this is precancerous tissue that might reverse on its own. But what’s the longest this could take?

How long do you wait, while it still remains CIN 1, before you should seek treatment so that it doesn’t progress to CIN 2?

“CIN 1 or cervical intraepithelial neoplasia is the medical term to describe premalignant abnormalities of the cervix,” says Karen Patrusky, a board certified OBGYN and F.A.C.O.G. in private practice for 20+ years.

“This change in the cells is considered mild and suggests that it has not penetrated deep into the tissue of the cervix.

“The level of concern is not only related to the cell changes but also if there is evidence of HPV — and if so, is it one of the more aggressive subtypes of the HPV virus?”

What Might Happen with CIN 1 Without Immediately Removing It

“Half of CIN 1 lesions will regress without any treatment, 40% will not get better but won’t get worse — in other words, will persist and need to be followed — and about 10% of the time this will progress,” explains Dr. Patrusky.

“Women with CIN 1 should have regular follow-up with Pap and possible colposcopy.

“It typically takes 9-12 months to see this resolve spontaneously.”

Nobody knows the longest that a CIN 1 lesion has ever taken to spontaneously revert to normal cells.

But your OBGYN will provide a plan that has a timeline.

What Happens After Being Diagnosed with CIN 1

Cervical epithelial neoplasia is graded by depth of invasion. CIN 1 is the lowest grade: mild.

“The cause of most dysplasia is due to HPV, human Papilloma virus,” says Dr. Patrusky.

“There are many different strains of the virus with some more aggressive than others.”

Women over 30 are recommended to have a Pap smear combined with a test for the presence of HPV which includes identifying the strain/s.

“If CIN 1 is noted, especially in the presence of a high risk HPV strain, then a more thorough evaluation of the cervix may be advised, and this is done with a procedure called a colposcopy. 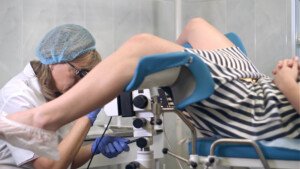 “A colposcopy is a diagnostic evaluation of the cervix that looks at the tissue under magnification, and tissue samples can be obtained with a biopsy to assess an abnormality.

“The goal is to prevent any progression of the precancerous cells without over-treatment.

“The rationale is that many of these lesions will spontaneously regress, and treatment can have complications, so a balance is key.

“The management of CIN 1 is age dependent, and that is because younger women have a higher incidence of clearing the abnormality.”

Within One Year of Diagnosis

Women under 25 diagnosed with CIN 1 should have a Pap smear within one year.

Women over 25 should undergo a colposcopy within one year.

As mentioned, about half of patients in both age groups combined will experience a spontaneous regression or clearing of the abnormal cells at the one-year mark, possibly sooner.

Women are never told to follow up in 18 months, let alone two years, after the initial CIN 1 diagnosis.

This is why it’s not known for how long the abnormality can remain CIN 1 before spontaneously resolving.

The cutoff is one year, because waiting longer means a higher risk that by then, such as 18 months, the lesion could be grade 2.

In short, what could be grade 2 after 18 months might have still been grade 1 after 12 months.

“If the lesion on colposcopy is not worse [than it was a year prior], than annual Pap smear screening is warranted,” says Dr. Patrusky.

“If the colposcopy demonstrated a higher grade lesion, then a therapeutic option such as a LEEP or cone biopsy should be considered.

“Additionally, pregnant women, women with immunocompromised status, women who cannot commit to being compliant with follow-up, or if there is concern that there is a higher grade abnormality, then closer surveillance may be warranted.”