Can CIN 1 (Mild Cervical Dysplasia) Go Away on Its Own? 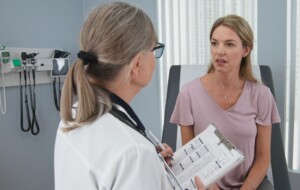 CIN 1 will go away on its own in most women diagnosed with this, but there is a small percentage of unlucky women whose CIN 1 will progress to a higher grade.

“Yes, CIN 1 may resolve spontaneously in 50 percent of cases in immunocompetent women,” says Mylaine Riobe, MD, founder of Riobe Institute of Integrative Medicine. Dr. Riobe, board certified in OB/GYN and integrative medicine, is the author of “The Answer to Cancer.”

Dr. Riobe continues, “Patients who are immunocompromised are less likely to have resolution.

“Cigarette smokers are also less likely to have resolution of CIN 1 without intervention due to the negative impact of cigarettes on immunity.”

Two studies show interesting percentages of resolution: One shows 75 percent — but it was a very small study — and a much larger study shows about 30 percent. 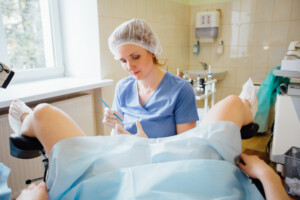 • 100 patients with CIN 1 were offered either repeat Paps every three months for a year or actual treatment.

• 89 percent of the patients underwent the serial Paps.

• Of those 89, spontaneous resolution of CIN 1 occurred in 67, based on two consecutive Pap smears after the original (low grade) smear. Colposcopy confirmed resolution.

• At the one year mark, 17 women, whose smears did not show that their original CIN 1 had gone away, were treated for “persistent atypical squamous cells of undetermined significance or low-grade squamous intraepithelial lesions” via a loop electrosurgical conization.

• One had CIN 2.
• Four had progression before one year.

Because CIN 1 has a high rate of going away on its own, the paper states that serial Pap smears is “safe” in a “reliable patient population.”

What About a Larger Population Study?

The May/June 2008 issue of Anticancer Research has a very interesting report. The study authors wanted to assess the natural history of low grade dysplasia.

• After six months, 330 patients’ CIN 1 had disappeared.
• 305 patients still had the low grade dysplasia.
• 45 had a progressed pathology.

• Of the 330 whose CIN 1 had gone away, 200 remained negative; 42 had a recurrence of their low grade dysplasia; and nine actually progressed to a higher grade.

• Let’s back up: For nine women whose CIN 1 was gone at the six month mark, the dysplasia was back after 12 months – but worse.

The conclusion of Nisha Bansal, MD’s study is that there’s “a low rate of progression for CIN 1, suggesting it may be reasonable to prolong the screening interval in women with CIN 1.”