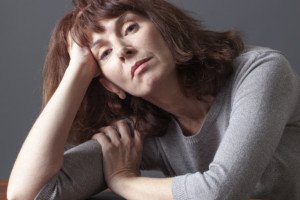 Do you keep waking overnight with a strong urge to pee, but only a trickle comes out?

This happens even when you stop drinking water 5 hours before bedtime!

It’s predictable: You go to bed, and two or three hours later, you’re awakened by a strong urge to urinate.

It’s so strong that you can’t just fall back asleep. You can’t ignore it. It feels like your bladder is full.

But then once on the toilet, you void only a trickle, or “just a little bit,” or what may be described as one or two ounces.

Nevertheless, once back in bed, you feel great “Ahhhh!” relief and fall back asleep.

But doggone it. a few hours later it happens again: that very uncomfortable feeling and you’re forced out of bed.

This may be happening twice or more per night, every single night.

The odd thing is that it doesn’t occur during your waking hours. By the time you feel it’s time to hit the loo, there may be quite a bit of urine.

You have no problem holding it when you need to, too, and never have to worry where a restroom is when you’re in public.

But overnight? Those strong urges to void disrupt your sleep.

“Waking up at night [to void] is called nocturia,” says Michael Ingber, MD, board certified in urology, female pelvic medicine and reconstructive surgery, and founder of The Center for Specialized Women’s Health, division of Garden State Urology.

“It’s considered normal to wake once at night after the age of 50,” continues Dr. Ingber. More than that is not normal.

“If you produce one-third of your total 24-hour urine volume at night, this is called nocturnal polyuria, which is a medical condition which causes your urine to overproduce urine at night.”

But that’s the thing! You aren’t overproducing urine. Your kidneys are not in overdrive. It’s just a tiny amount that keeps waking you up.

There’s this idea that something other than the need to void wakes the individual. And then once they’re awake, they realize they need to take a leak – and hence, make a trip to the toilet.

But this theory caves because if something else is waking you, such as noise, your partner shifting in bed, or perhaps a twinge of pain in your back, you should NOT be feeling an uncomfortable urge to urinate that’s impossible to ignore. You should instead just be able to drift back to sleep.

Dr. Ingber says that nocturnal-only urges to void, in someone who’s not overproducing urine and is clear of any infection or other condition such as pelvic prolapse or prostatitis, likely has an overactive bladder.

“We would typically do a voiding diary in a patient like this and calculate how much urine they make during this period,” says Dr. Ingber.

“Assuming it’s only a couple ounces here and there, we would treat them for OAB.”

To verify that your output is very small, you can collect it in a cup.

“The good thing is we have lots of treatment for this condition,” says Dr. Ingber. “Our center became a National Center of Excellence, as a matter of fact, for treating OAB.

“We typically start with dietary and behavioral methods. Sometimes use pelvic floor exercises, or noninvasive therapy like an electromagnetic chair.

“Next, medicines, which can help calm the bladder so the urge is suppressed.

“If meds don’t work, we do everything from acupuncture, to Botox to bladder pacemakers.”

What’s key is to tell your urologist of any other symptom such as leaking urine, a burning with urination, unexplained back pain, brown urine or what appears to be blood in the excrement.

But if your ONLY symptom is the nocturia despite tiny amounts of urine, that’s still a big problem – as it prevents restorative sleep.

This can then lead to daytime issues such as irritability, impaired concentration and drowsy driving.