Overactive Bladder in Women Only at Night: Causes, Solutions 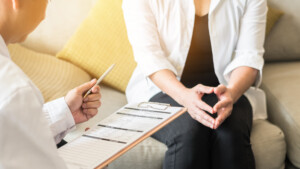 No matter what you do, you’re pulled out of your sleep every night at least once, often more, by an overactive bladder telling you to get to a toilet.

Now it’s obvious that to avoid an excessive overnight need to void, one should make sure not to load up on fluids in the few hours before bedtime.

However, this obvious solution is usually followed by sufferers of overactive nighttime bladder.

And for them, it doesn’t work. Even if their urinary output is low, this still causes a strong urge to relieve oneself.

“Urinating frequently at night is very common, but it goes by a different name other than overactive bladder,” says Betsy Greenleaf, DO, a board certified urogynecologist and owner of Greenleaf Health & Wellness, a medical center dedicated to mind-body-spirit wellness.

“The medical terminology is nocturia, which means going at night.”

• Nocturia may be characterized by excessive urine output that causes correlating bladder pressure.

• Or, it may seem to be a bladder overacting to small amounts of urine that, during daytime, do not cause the same degree of pressure – or any pressure at all.

“It is prevalent, though, especially in women; it is understudied,” says Dr. Greenleaf.

“The prevalence of nocturia is about 30% in the population; however, I believe this number is under-reported.

“The definition of nocturia is going more than once at night — but of course, this depends on how much one drinks and how closely one drinks before retiring to bed.”

“Nocturia can be associated with some serious medical conditions that need to be checked out first, such as sleep disturbances like sleep apnea, kidney disease or heart disease.”

In other words, the output is way more than what it should be for the amount of fluids you ingested within a few hours of bedtime.

It may seem puzzling that sleep apnea or chronic heart failure can cause the kidneys to produce excess urine while you sleep, but this is exactly what happens.

But if you know for a fact that your overnight urine output is low, and this small amount is out of proportion to how the urge feels – enough pressure to bring you out of your sleep – then there are more benign explanations.

“Once cleared of medical conditions, why does nocturia occur?” begins Dr. Greenleaf.

“Often, it can be a sign of irritative bladder symptoms that are more easily managed during the day, meaning that people are busy during the day; the symptoms might be there, but they are easier to ignore.

“At night you don’t have as many distractions, and now the mind can focus on the bladder and urethra.”

Before concluding that this is, indeed, what’s going on, you’ll want to compare your daytime urges with the ones that wake you from sleep to see if your perception is the same – especially during periods of wakefulness in which you are not distracted at all. 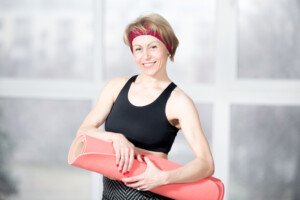 “Nocturia can be a symptom of hormonal thinning of the pelvic tissue that occurs during menopause,” says Dr. Greenleaf. This is called menopausal or postmenopausal urogenital atrophy.

“Lack of estrogen in menopause causes the pelvic tissue to thin. This results in a change of pH and an alteration of the vaginal microbiome.

“These factors can lead to low levels of inflammation that, in return, cause irritative symptoms.”

Medications for overactive bladder are one line of treatment. Botox injections and acupuncture are two more. Options should be discussed with a urogynecologist.

“Interstitial cystitis, an inflammatory condition of the urinary system, often presents as someone who goes to bed and then has to get up multiple times in a row before being able to fall asleep.”

Usually, though, symptoms of interstitial cystitis are also present during wakefulness.

“Spasmodic conditions can involve spasms of the urethra, bladder or pelvic floor.

“Spasms can be caused by hormonal thinning, infection, nerve disorders or electrolyte imbalances.

“These spasms can be interpreted as a sensation of urgency or frequency.” They are relieved with voiding, even if the amount is small.

Dr. Greenleaf explains, “Low-level infections that linger can cause inflammation in the pelvic organs.

“Typically urgency, frequency and nocturia may be the only symptoms.

“Sensitivities — any chemicals that can irritate delicate pelvic tissue can present as irritative urinary symptoms such as nocturia.

“Sensitivities to dyes, perfumes and detergents are widespread.

“Dehydration – 75% of Americans are chronically dehydrated.”

Thirst isn’t always a symptom. But check the color of your urine. A dark yellow, yellow-orange or even pure orange indicates dehydration. 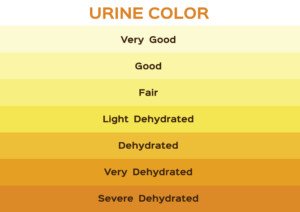 “Dehydration concentrates the urine, which is more irritating to the lining of the bladder or urethra,” adds Dr. Greenleaf.

You’ll need to balance rehydration with making sure not to drink too much water or juice close to bedtime.

This will require experimentation as far as amount and when you drink it relative to going to bed.

Here is a study on nocturia prevalence.