What Can Cause a UTI Every Single Month? 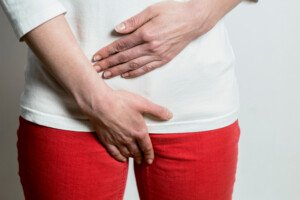 Are you diagnosed with a UTI nearly every single month despite taking rounds of antibiotics, wiping front to back and taking cranberry pills?

UTI symptoms include burning with urination, frequent urges to void and, of course, frequently having to sit on the toilet and pee.

And even though there’s frequency, this doesn’t correlate to the amount of urine that ultimately comes out.

Ongoing urinary tract infections can disrupt quality of life – as any person with stubborn symptoms or a recurring diagnosis knows.

Women, far more than men, are likely to suffer from a UTI.

“This is a common thing we see in our office,” says Michael Ingber, MD, board certified in urology, female pelvic medicine and reconstructive surgery, and founder of The Center for Specialized Women’s Health, division of Garden State Urology.

“The female urethra is very short, only about 4 cm, or under two inches. So it’s pretty easy for bacteria to get into the bladder,” explains Dr. Ingber.

“Sexual activity can sometimes cause bacteria to travel into the bladder faster, not to mention can directly aggravate the bladder itself.

“We don’t always find a cause. Sometimes we will investigate further to see if there is a source of UTI — for example, do a renal ultrasound to see if kidney stones are present, or if there is some sort of anatomical issue that plays a role in the UTI’s.

“However, most of the time we don’t find anything.”

“In this case, we also will look for more rare causes of UTI symptoms that may not be ‘UTI’s’ — for example, interstitial cystitis, urethral diverticulum or others.”

“We can diagnose this based on other symptoms, and sometimes with cystoscopy (looking with a scope in the bladder) or with imaging tests (MRI).”

“Trace” amounts of bacteria, as well as low or “Trace” levels of leukocyte esterase, can show up in the urinalysis in the absence of an infection.

A small amount of bacteria may always be present in any sample that a particular person yields.

As for the leukocyte esterase result, a small amount can be the normal baseline for the patient.

However, even though the symptomatic patient with trace amounts of these substances may not have a UTI, they clearly have something else going on that’s causing their problems.

One example, as mentioned, could be interstitial cystitis, which can raise the leukocyte esterase level. Another possibility is bladder prolapse.

If your urinary tract infections do not respond well to antibiotics, you need to purse the possibility of a misdiagnosis.

On the other hand, there are cases of solidly confirmed, recurring urinary tract infections.

“We do have other prevention strategies — post-coital antibiotics, or sometimes we will give methenamine hippurate, twice daily,” says Dr. Ingber.

“This gets metabolized in the urine and can actually be bacteriocidal — meaning, it’ll kill bacteria.

“Other times we may recommend a daily low-dose antibiotic for a period of time, three, six or 12 months. This can lead to resistant infections, however.”