How Can Trace Amount of Bacteria Cause UTI Symptoms? 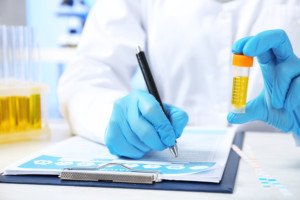 Were you diagnosed with a UTI but the urinalysis shows only a “Trace” amount of bacteria?

Is it possible something else is wrong and the bacteria came from a contaminated sample?

“Typically, a trace amount of bacteria doesn’t cause UTI symptoms, as this is often found because some of the bacteria in the skin around the urinary tract (in the vagina or on the perineum) get washed into the specimen cup,” explains Michael Ingber, MD, board certified in urology, female pelvic medicine and reconstructive surgery, and founder of The Center for Specialized Women’s Health, division of Garden State Urology.

“However, if there happens to be a trace amount in the bladder itself, this typically will wash out the next time someone voids, or after hydration.

“Rarely, if the woman is having difficulty emptying, the bacteria can grow and replicate, and this may evolve into a true UTI.”

What might it mean if you have symptoms related to the urinary tract, but the urinalysis report says “Trace” for bacteria?

And what if the leukocyte esterase, too, says only “Trace” or is negative?

“So ‘trace’ bacteria (nitrites) just means there appears to be a small presence of bacteria.

Trace leukocyte esterase may be from white blood cells in the urine. This doesn’t necessarily mean an infection or anything else wrong, for that matter.

“The most important thing to us is the culture. This is the ‘fina’ and more accurate lab test that tells us if the screening test was correct, that is, the patient did in fact have a true UTI.”

If you’re doubtful your symptoms are from a UTI, ask if a culture was taken.

After all, it’s very possible that a urinalysis can show “Trace” bacteria and white blood cells in a patient who has no symptoms related to bladder function.

On the other hand, a urinalysis – by coincidence – may show the “Trace” values in someone who has something going on with the bladder that’s not a UTI.

An example would be someone with inflammatory bowel disease. This can cause bladder discomfort, but it won’t cause burning with urination (a classic but not always symptom of a UTI), difficulty with urination or visible blood in the urine.