If Compound Lifting Burns Fat, Why Are Many Lifters Fat? 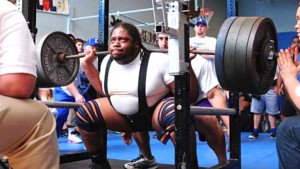 Have you read that compound strength training is the best way to bust fat, yet are confused when you see fat people performing heavy lifts?

Many personal trainers and other fitness professionals will tell you that the best kind of strength training for burning up the most fat is compound exercises.

The top three exercises that are then quickly named are the deadlift, squat and bench press.

Others that follow include the overhead (military) press, bent-over dumbbell or barbell row, weighted walking lunge and Olympic-style lifting. 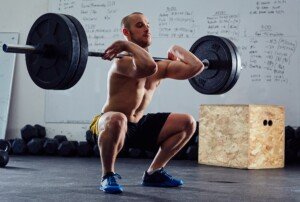 You may have noticed, particularly on Instagram, that there are quite overweight women performing the bigger moves with impressively heavy loads.

You may have come upon, for instance, a woman who appears to weigh 300 who’s deadlifting over 400 pounds.

Nobody achieves these kinds of lifts overnight. It can take a few years. So why during that time haven’t these very plus-size women (and men) sheared off the body fat?

There are very logical explanations for this.

Why Many Compound Strength Training Devotees Are Still Fat

Fat loss is not a priority. I recently stumbled upon a woman on Instagram who looks like any 300 pound young woman you might see on the street.

She was pear shaped and had massively over-fat thighs, belly rolls and big mushy looking arms.

Based on her Instagram account, weight loss is not a priority. It’s lifting as heavy as possible. She does not need to break into the single digits of clothing sizes to achieve very heavy compound lifts.

You may wonder why weight loss wouldn’t be a priority. This particular individual believes in HAES: health at every size.

She, like many morbidly obese and regular obese adults, don’t feel an urgent medical need to drop a lot of pounds.

I’m sure if a pill were invented that would overnight cause a 100 pound weight loss, she’d take it.

But the reality is that some very overweight people just aren’t ready to give up their over-indulgent eating habits, especially if being very large has not interfered with their ability to squat a butt-load of weight.

Their priority is winning powerlifting competitions, not bikini or physique competitions.

Lifting heavy attracts those who can’t run well. Another reason you may be seeing obese women squatting 275 pounds for reps or benching 215 x 8 is because they wanted to get into a physical activity for which being fat is not a disadvantage.

An obese woman may feel very self-conscious in a group fitness class, on cardio equipment or even walking in the nearby park.

But when she picks up a barbell, something magical happens. She knows she’s on an even playing field with thinner women who are also doing compound strength moves.

She may progress to a 225 pound deadlift and 95 pound overhead press in only six months.

You may see this on Instagram and wonder why she’s fat if compound moves are supposed to shred body fat.

But maybe she’s already lost 20 pounds during those six months! Maybe in another six months of hard compound training (plus dietary improvements) she’ll be down 50 more pounds!

Nevertheless, it’s obvious that for many very plus-size women and men who are committed to long-term heavy compound training, they remain obese.

Certainly, their body composition has changed from all the compound training. They weigh about the same but have more muscle and less fat.

They’re still quite hefty because they’re continuing to take in large amounts of food.

This very high caloric intake may be the result of an eating disorder. It may also be fueled by a childhood environment in which there were bountiful amounts of junk and processed food.

Maybe these very large adults were rewarded with food as children and encouraged to “eat up” by their obese parents, or given big bowls of cookies and ice cream to occupy them while Mama was balancing the checkbook.

Maybe in childhood they learned to turn to food for emotional comfort or to battle depression and loneliness.

Overeating is multifactorial, and compound strength training is not an automatic cure for a problem that has psychological or childhood roots.

However, compound lifting is certainly a fabulous move in the right direction for anyone who wants to lose body fat, gain muscle and strength, and boost their self-esteem and self-confidence.