Plus Size Women: Don’t Be Offended by Workout Form Advice 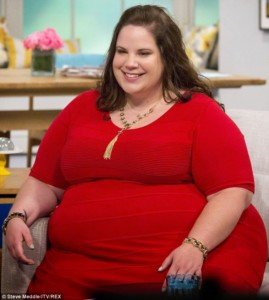 Though it’s not known just how many plus-size influencers become irate when followers point out mistakes in their workout form and how to exercise with better technique, at least one made the news in late July, 2019: Whitney Way Thore.

Being that there are quite a few plus-size and even morbidly obese influencers, we have to believe that Thore isn’t the only one who became offended at followers or transient visitors to her Instagram account giving her advice on workout technique.

It’s logical to assume that most of these sincere givers of advice are personal trainers or very experienced with strength training.

Who wouldn’t welcome what seems like sensible advice? Now, if the advice sounds nutty, then of course, ignore it.

But if it makes you think, “Hmmm, that makes sense,” then why get upset?

As a former personal trainer, I myself wouldn’t mind some unasked-for advice on my deadlift form – being that I’ve been stuck at the same weight for months.

In a squat video posted by Thore, she even admitted to the unsteady form. This is kind of like a subtle way of seeking advice!

Yet she was offended. I read the advice; it was correct. And her form WAS bad.

Though she attributed this to her large stomach, this doesn’t mean she couldn’t benefit from some pointers!

Another plus-size influencer who expressed offense is Anna O’Brien. However, the weightlifting move she posted was that of a spontaneous decision to hold up several people at once.

A number of posts showed genuine concern over her knees and back with this stunt.

After posting snide responses to a few of these posts, O’Brien posted that she was blocking the unsolicited advice and warned that any future posters of such advice would get blocked.

Though O’Brien pointed out that the stunt was a whim and not a recurring routine, we have to wonder why the concern over her knees and back distressed her.

Plus-Size Influencers Are Not Unique

As far as being “criticized” for workout technique, plus-size Instagrammers are not unique.

Certainly, it should dawn upon them that MANY Instagrammers – from stick-thin to rippling with muscle, from young to old, from beginner to seasoned bodybuilder – have received unsolicited advice on their workout technique.

The two moves that get the most attention, as far as form, are the back squat and deadlift. 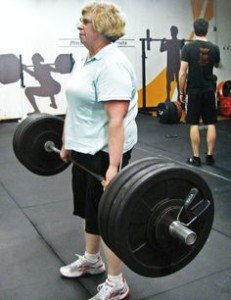 However, followers or visitors who just happen to be personal trainers will also easily spot poor technique in the weighted walking lunge, biceps curl and pushup.

Thore went as far as pointing out a (alleged) peculiar phenomenon: Fat people are criticized for not exercising, but then when they do, they are criticized.

Nobody criticizes fat people for embracing the concept of exercise.

But when a personal trainer or strength-and-conditioning coach spots poor form in a video – it’s their nature to post some advice.

This isn’t a criticism of the individual’s obesity. It’s merely some helpful tips!

Why is it difficult to believe that these same advice-givers would also offer some pointers to a thin person who’s executing poor or unsafe technique?

A personal trainer, coach or experienced strength-training enthusiast is either helpful or they’re not.

They’re looking at the form and technique, not the size of the person’s thighs or waist.

Nobody’s saying that plus-size people shouldn’t exercise. In fact, any fitness enthusiast will tell you that EVERY BODY needs to exercise.

If you’re a plus-size influencer who receives unsolicited advice on how to properly do a certain exercise – see this for what it actually is: helpful advice from an individual who’s passionate about fitness for any body.