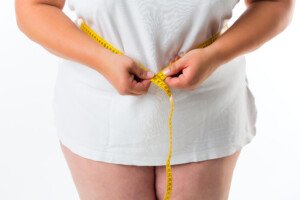 Have you been struggling to lose weight but it just won’t come off? There are reasons for this – explanations you’d never even think could be responsible.

When I was a personal trainer at a large crowded health club, so many men and women would approach me and ask why they weren’t losing weight —

— even though they’d say, “I’ve tried everything,” or, “I’ve been coming here five times a week for two hours and the weight just isn’t coming off.”

• Do not throw in the towel just yet.
• Do not blame genetics.

#1 Holding onto a treadmill.

Though letting go, in and of itself, won’t make the pounds drip off, it’s a huge blunder when you consider that many frustrated people spend a LOT of time on the treadmill – month after month after month – without much weight loss.

It’s a significant error because so much time is spent on the treadmill holding on, wasting all that time – when that time could instead be spent on doing the things that will actually drop the weight.

Take your hands off the treadmill and do HIIT: high intensity interval training.

And by the way, the calorie readout is triggered by the speed and incline settings, not by your movement.

Most men and women who want to lose weight believe that:

I’d tell my clients, “You’ll burn a lot more fat, week by week, and especially month by month – by doing two sessions a week of HIIT – for only 30 minutes – rather than from doing steady-state aerobics EVERY DAY FOR TWO HOURS.

They couldn’t believe this – until they were only eight minutes into a supervised HIIT session! 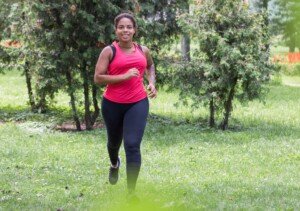 The deadlift is one of the most remarkable strength training moves. Without it, you’re not doing nearly all you can for weight loss. 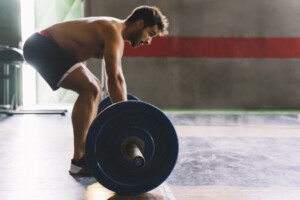 The deadlift hits nearly every muscle in your body: a lot of bang for your fat burning buck. Do five sets of deadlifts twice a week to help change your body composition.

#4 Focusing too much on little moves. 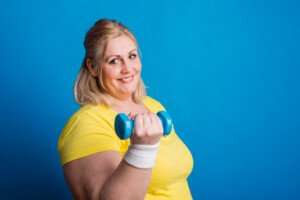 These include crunches, dumbbell exercises like triceps kickbacks or side raises, the inner/outer thigh machines and side bends.

These big moves yield a lot of bang for your buck. It’s simple: Work more muscles at once and you’ll burn more fat and lose more weight.

You must plow through AND PAST your comfort zone. You can’t stop the set right at the moment you begin feeling some effort or fatigue. 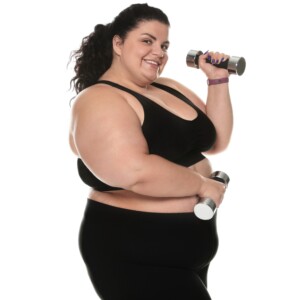 If you don’t start feeling a challenge until late in the set, then the resistance is too light. You should feel a challenge from the very first repetition, and be able to complete at least eight reps, but find it impossible to complete more than 12. 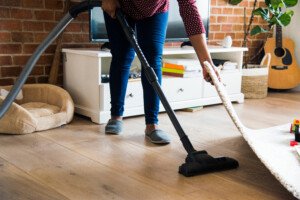 If your gym routine consists of dilly-dallying around by holding onto a treadmill and working with only tiny dumbbells, then you’re correct: Housework may replace this lame approach to exercise.

But the bigger message is that if you have the “Housework is effective exercise” mentality, this will guarantee lack of success at weight loss.

Do your housework – because the house needs cleaning. No other reason. And stick to your structured exercise sessions. Housework and structured workout sessions are not interchangeable.

#7 Believing you get a pass on hard workouts because you know several skinny people who don’t exercise. 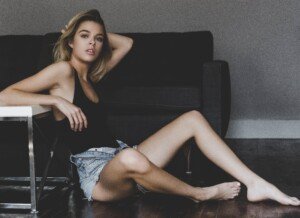 What the heck does a coworker’s warp-drive metabolism have to do with YOU? Stop comparing yourself to other physiologies.

Instead of thinking about thin people who never exercise, focus on how much more weight you lifted today than you did a few weeks ago – and that with exercise and healthy eating, you’ll probably be in FAR better shape than that thin person years from now.

#8 Believing that pregnancies have caused a permanent chubbiness. 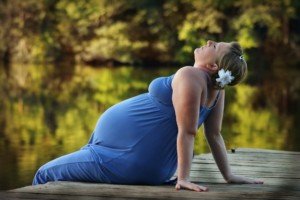 “I’ve had three children” was something I’d occasionally hear from overweight clients. This includes women whose last child had been born several years prior.

“I didn’t start putting on weight until AFTER I had my kids!” they’d tell me.

I’d point out that a change in lifestyle and eating habits often comes with a growing family, and this change isn’t always for the better.

The treadmill that was once used for jogging is now used as a clothes rack for the kids. There are also more trips to the pizza and ice cream parlors.

#9 Thinking that funky routines will melt off the pounds.

Stop trying to balance on one foot while you toss a 10 pound ball overhead.

Stop trying to do planks off a half-ball with one leg in the air.

Gimmicky stunts were promoted some years ago by trainers in an attempt to convince potential clients that exercise was complicated so that they could get more clients.

At a meeting for area trainers, we were actually told by the regional director of the health club chain to make the exercise during free consultations seem as confusing as possible to make the potential client think they couldn’t lose weight without a trainer.

This doesn’t mean you shouldn’t hire a trainer! There are many stellar trainers out there who don’t believe in this ploy and have helped many men and women totally transform their body.

You need to practice portion control and base your diet on plant-derived foods, and cut way back on processed foods.

Follow the above guidelines for 90 days and see what happens. Yes, it’s entirely possible that the reason you haven’t lost much weight – despite apparent efforts – is because you’ve been going about it inefficiently. Here’s an article on how to do HIIT.