Burping from the Esophagus: Causes and Solutions 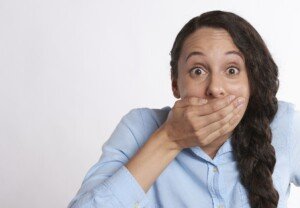 The good news about burping from the esophagus is that you don’t have to fear that this means cancer.

However, one of the causes, if left untreated, can lead to a condition that’s a risk factor for esophageal cancer.

It’s something that’s looked at with disgust or humor.

People at a party proudly belch to see who has the loudest.

These are intentional burps and are not connected to a medical condition.

But unintentional burps can mean something is wrong that needs to be treated.

“Belching from the esophagus can often be a sign of gastroesophageal reflux disease,” says Dr. Neil Sengupta, MD, a general gastroenterologist and assistant professor at the University of Chicago, and GI Research Foundation Scholars Award Recipient.

“Although some element of reflux is normal, abnormal or excessive acid reflux can present with belching,” continues Dr. Sengupta.

Gastroesophageal reflux disease is known as GERD. It often causes heartburn: a burning sensation in the chest or sometimes in the upper abdomen. It can also lead to reflux esophagitis — which can cause burping.

If GERD becomes chronic and is not effectively treated, then this over time can cause Barrett’s esophagus.

This creates a risk factor for esophageal cancer – which has an overall poor prognosis due to typically being diagnosed at a later stage.

About 10 percent of patients with chronic GERD eventually develop Barrett’s esophagus. And about one percent of those get esophageal cancer.

One out of a hundred may not sound that bad, but tell that to anyone who’s been diagnosed with this disease that has an average five year survival rate of 19.2 percent.

People with Barrett’s esophagus need regular surveillance to keep ahead of the cancer curve.

“Other causes of burping or belching from the esophagus include unintentionally swallowing air while eating,” says Dr. Sengupta.

“This can occur from chewing gum frequently, ingestion of carbonated beverages or drinking through a straw.”