Why Some Breast Cancers Stop Responding to Targeted Therapy? 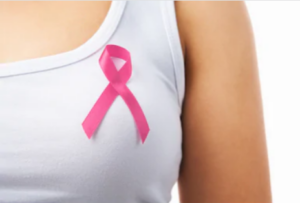 I’t’s very depressing to patients when they are told that their breast cancer has stopped responding to the targeted therapy.

When it comes to breast cancer, “Failure to respond to targeted therapy can be multifactorial,” says Anita Johnson, MD ,FACS, a breast surgical oncologist with Cancer Treatment Centers of America in Atlanta.

What Is Targeted Breast Cancer Therapy?

Cancer cells have specific characteristics. They are not all alike. An example of a characteristic would be the cell growing out of control due to a particular protein.

A targeted therapy for that kind of cancer cell, then, would be to oppose the protein.

Another type of targeted therapy for breast cancer is the use of antibodies that work similarly to the body’s natural antibodies.

Targeted therapy does what the name says: targets these unique characteristics of cancer cells.

This type of treatment is not the same as chemotherapy and, in fact, usually yields less harm to normal tissue.

As hopeful as this sounds, there sometimes comes a point where the targeted therapy ceases to be effective. Or, to put it another way, the breast cancer cells stop responding to it.

Why Does This Happen?

“In certain populations, failure may be due to multiple reasons including stage at presentation, timeliness to treatment as well as, most important, the molecular component of the tumor.”

Early stage disease has a better prognosis than that of later stage. This is why annual mammograms and monthly self-exams are crucial.

Dr. Johnson also explains, “Several mechanisms have been reported with resistance in HER2 neu therapy and endocrine therapy, including changes in the receptor as well as changes in the micro-environment of the tumor and host-related factors.”