Can a 17 Year Old Get Breast Cancer? Yes. 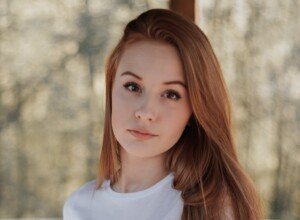 It’s fair to be point-blank: A girl of 17 years CAN get breast cancer. It has happened.

But there’s something that teen girls need to be very aware of when it comes to breast cancer.

And it is this: It is extremely rare in teens.

Doctors do not advise teen girls to perform self-examination of their breasts for a reason: extreme rarity of the disease.17

“Any women at any age can get breast cancer,” begins Anita Johnson, MD, FACS, a breast surgical oncologist with Cancer Treatment Centers of America in Atlanta.

“Less than five percent of all breast cancers occur in women younger than the age of 35,” continues Dr. Johnson.

“Although in adolescent and young adult women, breast cancer is one of the most common causes of cancer in this population.”

If you’re a teenager, you certainly do NOT want to get caught up in the vortex of anxiety and fear of breast cancer, repeatedly feeling and looking at your breasts, spending hours every week running your fingertips over them instead of enjoying your teen years.

You are far more likely to be in a fatal car accident than discover a cancerous lump in your breast.

According to the Centers for Disease Control, the top three causes of death for a 17-year-old girl in the United States are 1) Accidents (not just vehicular), 2) Suicide, and 3) Homicide.

But it’s understandable that these statistics go down the drain when you discover what you think is a new lump in your breast.

The publicity for breast cancer is so great that when a teen girl feels a lump in her breast, her mind will automatically zoom in on cancer. 17

There is very little media attention given to the usual cause of lumps in a teen girl’s breasts: normal changes during breast growth, harmless fluid filled cysts, infections.

If a teen has a family history of breast cancer, especially if the patients were under age 40 at the time of diagnosis, then monitoring can be discussed with the teen’s doctor. 17

But all in all, it’s just so rare for teens to get this highly publicized disease. 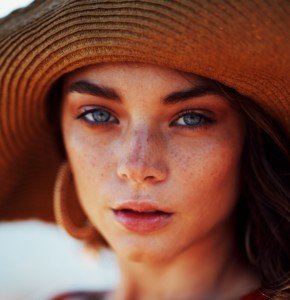 Check out the chart below, from the National Cancer Institute Surveillance, Epidemiology and End Results Program. Note the barely visible green sliver that denotes amount of occurrences in those younger than 20! 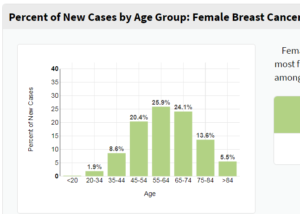 Now in all fairness, it’s also important to point out, again, that breast cancer has been diagnosed in teens.

How do young people get this disease in the first place?

Dr. Johnson explains, “The exact etiology is unknown, as it is in most breast cancers. Young women are more known to have a genetic mutation associated with their breast cancer as opposed to older women, but this has not been demonstrated to be the leading risk factor.

“More research is needed to identify causative factors in this patient population.”

Though the National Cancer Institute says that breast cancer is the leading cause of cancer deaths in females 15 to 54, this isn’t as frightening as it seems.

First off, included in this statistic are women 50 to 54. In fact, the inclusion of women 40 to 49 is also significant.

The vast majority of those cancer deaths in that age range are in women over 40.

But still, what about the inclusion of teens in this statistic?

That teenagers 15 to 19 are included in this statistic simply reflects the fact that teens are less likely to die from heart disease, Alzheimer’s disease, liver disease, kidney failure and stroke!

Thus, the statistic of 15 to 54 needs to be put into some serious context.

Another point to consider: No matter how rare a medical condition is in a certain demographic, its very existence in that demographic means that the answer must be “Yes” when the question is asked if it can occur in that specific demographic.

The publicity of these exceedingly rare events makes it seem that it’s more common than it actually is in young people. 17

Think about it: What makes a more compelling news story: The diagnosis of breast cancer in a 62-year-old (average age of diagnosis) or in a high schooler?

More Information on Harmless Lumps in the Breasts of Teenagers

• In girls 17 and under, 91 percent of lumps are harmless overgrowths of connective tissue called fibroadenomas. (“oma” means mass, not cancer). These can typically feel hard and rubbery and can be moved around somewhat.

• Other lumps are usually benign cysts or infections.

• Getting hit in the breast can cause a harmless lump. 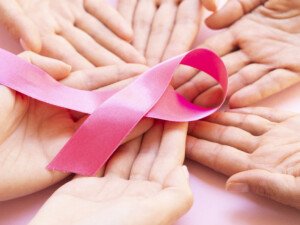 • If a doctor says, “Teens don’t get breast cancer,” find another doctor. Though this statement is no reason to panic, it is medically FALSE.

Remember, if just ONE person on the planet of a particular age group has a certain medical condition, then it’s FALSE to state, “People in that age group don’t get that condition.”

• The lump seems fixed in place; does not move around.

• It may be painful, but not usually.

• Absence of nipple discharge or puckering does NOT rule out a malignancy.

If you’re still panicking, even though your doctor has assured you that you’re in perfect health, then turn that fear into a full-force commitment to healthy lifestyle habits.

can a teenager get breast cancer and if so how common is it?