How Does Earwax Buildup Cause Tinnitus & How Does It Sound? 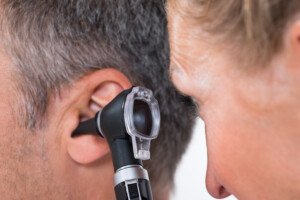 If you’ve been googling causes of tinnitus, you’ve probably come across ear wax buildup as a potential cause of this annoying condition.

“According to the American Academy of Otolaryngology-Head and Neck Surgery, excessive ear wax, especially if the wax touches the ear drum, can cause pressure and change how the ear drum vibrates, which can result in tinnitus,” explains Strom.

“It is also thought that if there is even a slight decrease in auditory input (such as that caused by excessive ear wax), it can evoke tinnitus or enhance an already present tinnitus.

“A classic study performed in 1953 by Drs. Heller and Bergman revealed the high prevalence of tinnitus when individuals are placed in a very quiet environment for several minutes. ear wax buildup

“Hearing loss of any type can reduce auditory input and promote tinnitus, but it is especially common for those with cerumen impaction.

“As indicated earlier, this could also be resulting from pressure changes at the eardrum due to impacted cerumen.”

The tinnitus can have a variety of sounds such as a high pitched steady tone, a hissing or buzzing, crackling, tinkling or chirping.

What about tinnitus in just one ear — unilateral tinnitus?

People who experience sudden-onset unilateral tinnitus may start fearing that this one-sided nature means something serious like a brain tumor or entanglement of blood vessels.

Yes, tinnitus on only one side can be a brain tumor, but it is more likely to have a benign cause such as ear was buildup.

An audiologist can remove the excess cerumen.

I’ve had this done, and it felt good to know that a clump of wax had just been removed from deep inside my ears. A Q-tip swab could NOT have gotten it out.

The removal should be done annually or sooner if necessesary by a professional, whether you have tinnitus or not.