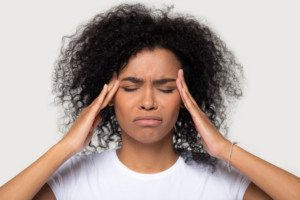 Intermittent tinnitus is the typical tinnitus that affects millions, but instead of being continuous, it comes and goes, present on some days and absent on others.

This isn’t about that sudden, “brief piercing high frequency ringing (random neural firings) that goes away quickly and is not pathological,” says Rachel Raphael, M.A., CCC-A, an audiologist with Mercy Medical Center in Baltimore.

Sooner or later everyone gets that: a sudden loud ringing in one ear that momentarily drowns out external noise.

The episode lasts well under half a minute and is also believed to be caused by a benign muscle spasm inside the ear.

So file that away, because this article deals with what seems to be the typical tinnitus that millions suffer from on a chronic basis, usually every minute of every day.

But what if you were to have this—only on some days? You have days of blessed silence, then days of tinnitus, with no pattern. And sometimes it’s intermittent WITHIN a given day.

“Will tomorrow be a tinnitus day or a silence day?” you ask at bedtime.

The tinnitus fluctuates in terms of presence and absence, and may fluctuate in terms of how loud or soft it is.

From a logic standpoint, we can rule out impacted ear wax as a cause, as this is either there or it’s not.

Aging in the inner ear doesn’t come and go, either; once something in there begins aging, it doesn’t reverse and become youthful.

Stress has been implicated as a cause for some cases of tinnitus. Stress can be intermittent, or at least, its severity can fluctuate.

But let’s make the question even more vexing: What if someone experiences intermittent tinnitus, as I’ve described, but its first onset was NOT precipitated by any unusual degree or amount of mental stress?

And what if the new-onset tinnitus that comes and goes was not preceded by exposure to booming loud noise, medications or an illness?

And what if there’s no perceived new-onset hearing loss?

Well, let’s first look at stress-caused tinnitus and its solutions. 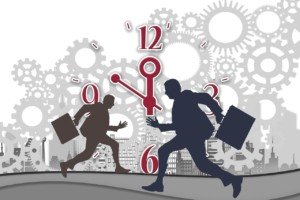 “I have found in my experience that those who suddenly develop tinnitus have undergone a stressful life change, such as an illness, hospitalization or loss of a loved one,” says Raphael.

“We know that stress plays a role in worsening tinnitus, and it is widely believed that relaxation/ yoga/meditation/deep breathing exercises can help to reduce tinnitus.

“We also recommend a healthy lifestyle which includes a full night’s sleep and reducing (not necessarily eliminating) stimulants such as caffeine, alcohol, nicotine, etc., to help reduce tinnitus. The key is moderation!”

Counseling/ reassurance, and avoiding silence (mild and neutral external sound sources such as white noise from a sound machine) as well as properly fitted hearing aids when appropriate also play a key role in reducing/helping brain to habituate tinnitus.”

HOW does stress cause tinnitus?

The explanations are very lengthy and highly technical, with too much information for me to efficiently summarize here.

So we’re left with the enigma of what precisely causes tinnitus (especially in both ears) that comes and goes.

And again, this does NOT refer to that loud piercing ringing that drowns out external sounds and lasts maybe 15 seconds – but rather,  the typical high frequency tonal tinnitus that affects millions on a 24/7 basis.

Another Audiologist’s Take on Intermittent Tinnitus that Comes and Goes

“Tinnitus is highly correlated to hearing loss, but not all individuals with hearing loss experience tinnitus.

“A change in hearing, middle ear infections or Eustachian tube dysfunction can often be a trigger for constant or chronic tinnitus.

“Allergies can be a trigger as well. Remember that tinnitus is typically not objective.

“Since it is a subjective phenomenon, it can be ‘heard’ when an individual is fearful and looking for it, when stressed, when in a quiet environment where there are no distractions.

“Awareness of tinnitus can be associated with conditions beyond hearing loss such as changes in biochemistry, new medications, anatomical abnormalities — and the perception of tinnitus can change based on how our bodies change and how we react to those changes.

“It can fluctuate based on one’s well-being and mental status. Stress and mood changes are key triggers for many of those who suffer from tinnitus.”

It may very well be (though certainly not proven) that mental stress takes the No. 1 spot for the cause of intermittent tinnitus that comes and goes.