Exercise or Take It Easy After a Heart Attack? 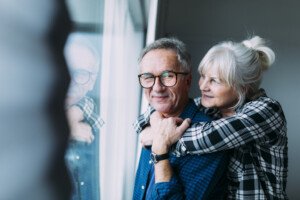 The old school of thought among doctors was to take it easy for the rest of your life after a heart attack rather than increase exercise.

But this way of thinking has gone out with the bathwater. A study that tracked over 22,000 patients found that those who were more physically active after their heart attack halved their risk of death within four years.

It’s no secret that physically active men and women are less likely to suffer a heart attack and more likely to live a long life.

But what about the impact of exercise after a heart attack?

For teh study, levels of physical activity were documented six to 10 weeks, and then 12 months, after the heart attack.

Subjects were asked how many times that they had exercised for half an hour or longer during the previous seven days.

• Age, smoking, gender and clinical factors were adjusted for.
• 1,087 subjects died during an average follow-up period of 4.2 years.

Compared to the patients who were “constantly inactive,” the risk of mortality was 59 percent lower for those who were in the “constantly active” category.

Risk of death was 37 percent and 51 percent lower for subjects in the reduced activity and increased activity groups, respectively.

Clearly you can see that exercise or physical activity lowers the death rate after a heart attack, and that taking it easy or becoming sedentary is detrimental.

The study recommends exercising at least twice a week for heart attack survivors, just as they’d be told they should quit smoking, reduce stress and improve diet.

Type of exercise was not documented. Thus, it is not known if there is any particular kind of activity that is especially beneficial following a heart attack.

Should the activity be strength training? Aerobic in nature? A combination?

More research is needed to determine these specifics.