How Many Elderly Have Undiagnosed Sleep Apnea? 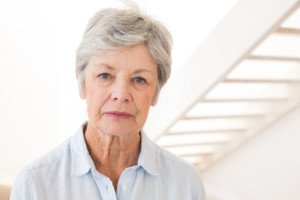 Sleep apnea is one of the most under- and misdiagnosed conditions in the elderly; the estimated number who have it is alarmingly high, and this includes non-overweight as well as female older people.

Symptoms of sleep apnea in the elderly can easily mimic signs of other conditions such as “old age” and “age-related” fatigue, loss of energy, issues with concentration and falling asleep in front of the TV or while doing something else passive such as reading or crocheting.

“Sleep apnea is very common in the elderly, and some studies have shown a prevalence between 20 and 40%, and this prevalence steadily increases with advancing age,” says Daniel Rifkin, MD, a sleep medicine expert at the Sleep Medicine Centers of Western New York.

“This is almost double the prevalence in the younger adult populations!

“Because untreated obstructive sleep apnea is associated with heart disease and strokes, among many other medical conditions, and worsens quality of life, we should focus our efforts on treating our older patients.

“Instead of laughing at grandma falling asleep at the kitchen table during lunch or dinner, we should take it seriously and urge her to get her sleep evaluated.”

Excessive Daytime Sleepiness Is NOT Normal in the Elderly

This is what University of Michigan researchers have found.

According to their study, 56% of people over 65 have a high risk of obstructive sleep apnea.

How was the study done?

1,052 Medicare recipients completed a sleep questionnaire plus other surveys as part of the National Health and Aging Trends Study.

The study found that 94% of those at risk turned out to actually have OSA.

Though OSA is common, it’s one of the most misdiagnosed conditions.

One reason is that its symptoms mimic what seems to be the inevitable signs of advancing age.

Falling asleep in the middle of the day, during supper or having difficulty concentrating are signs that wouldn’t be as alarming in an elderly person as they would be in a 45-year-old. Thus, a diagnostic workup wouldn’t as likely be pursued.

The second reason is that it can’t be diagnosed with a simple blood test, biopsy sample or X-ray.

Rather, it requires a sleep study, and many people just do not want to get hooked up to wires overnight.

A third reason for the massive under-diagnosis of OSA in the elderly (and younger) is because many people anticipate being told they’ll need to “sleep with a mask” if they’re diagnosed. So they deny they might have OSA.

The study appears in the April 2018 Journal of the American Geriatrics Society.

Dr. Rifkin is the CEO of Ognomy, an OSA app that connects doctors and patients remotely, providing testing, diagnosis and treatment from one’s home.