Ginger Ale: Health or Junk Drink? Good or Bad for You? 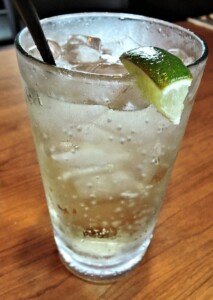 Where in heaven’s name did the idea ever come from that ginger ale is good and healthy for you?

Are people forgetting what ginger ale actually IS? It’s a sugary soda — the very beverage that doctors, nurses and dieticians tell us to avoid or at least consume only sparingly as a treat!

• Do YOU think that ginger ale is a health drink?
• Do you take it to “settle” your stomach when it’s upset?
• Do centenarians attribute their long life to frequently slugging down cans of ginger ale?
• Have diabetes and heart disease experts ever recommended including ginger ale as part of a healthy diet?

It’s amazing how many people think ginger ale is a health drink that’s good for the body.

Let’s Get to the Truth
“Ginger ale is definitely in the ‘junk drink’ category,” begins Stacy Mitchell Doyle, MD, resident physician of FoodTherapyMD and long-time advocate of plant-based nutritional protocols.

Dr. Doyle continues, “Just like every other soda, ginger ale is made of concentrated artificial sugars and chemicals. It carries all the health risks that Coca Cola or Pepsi have.”

Oooh, but what about ginger ale’s clear color?
Dr. Doyle explains, “Its clear color doesn’t mean it is better for you. As for the ginger in ginger ale: Yes, ginger is good for you.

“In fact, it has amazing anti-inflammatory properties as well as being a potent antibacterial and antiviral plant.

“However, the ginger flavor that is in ginger ale is not substantial and definitely not significant enough to override the inflammatory characteristics of soda.”

So what should you do? Healthy drink
Do you love ginger ale for the taste? Or do you drink it only when your stomach feels sick?

If the taste draws you to this sugary soda, then drink it as occasionally as you can, as you should with any other sugary soda such as colas, grape flavored soda, root beer, etc.

However, you may want to try a stevia-sweetened ginger ale. This still would not qualify it as a health drink, but at least it would be minus the wallop of sugar that sugar-added ginger ale would pack.

As for upset stomachs, you’re better off taking over the counter drugs for this rather than sugar sweetened ginger ale, no matter how the soda makes your stomach feel.

And depending on the cause of your stomach upset [such as anxiety], the effect of ginger ale could be placebo-based.

It’s also not wise to take a drug every time you feel a little indigestion. Feelings of indigestion can have tons of causes (such as ovarian cancer), but almost always are benign in origin.

This includes poor eating habits as a cause! Dr. Doyle recommends switching to a whole food, plant based diet to treat benign stomach upset.

(Make sure that serious causes of recurring abdominal discomfort have been ruled out by your doctors.)

Such a diet can include sugary ginger ale – but within the parameter that only 10 percent or less of the diet would consist of animal and processed foods. And ANY soda is a processed food.

This means have ginger ale or other sodas only very occasionally.

FoodTherapyMD™ is the brainchild of Dr. Mitchell Doyle and recognizes that phytonutrients, the substances that make plant food so amazing, can be tailored to fight specific disease states. To learn more please visit her LinkedIn page: linkedin.com/in/stacy-mitchell-doyle-m-d-ab6745146/