How Harmful Are Brief Sugar Spikes in Diabetics? 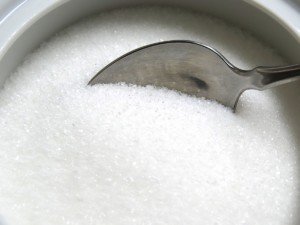 Let’s just say that brief sugar spikes are harmful to people WITHOUT diabetes, so imagine just how dangerous they are to diabetics – whether type 1 or type 2!

That glazed donut with the super sweet chocolate frosting is just what your stressed-out mind wants, and boy-oh-boy, does it make you feel better or what?

But don’t let that euphoria fool you.

The sugar spike that the donut triggers is very bad for your body – especially if you have diabetes.

Don’t expect to feel anything bad going on inside your body, though, from a sudden sugar spike, because that’s not how it works.

“Any elevation in blood sugar is dangerous, and even brief spikes are harmful over the long term,” says Stacy Mitchell Doyle, MD, resident physician of FoodTherapyMD and long-time advocate of plant-based nutritional protocols.

“This is because every blood sugar spike creates an inflammatory response in the organs and vessels in the body.

“It is this chronic inflammation that is responsible for chronic disease like heart disease, strokes and arthritis.

“Also, in order to bring down the spike in blood sugar, your body must release a huge surge of insulin.

“High circulating insulin levels are dangerous, especially because insulin is a growth hormone, which can promote cancer development and growth.”

Does this mean you shouldn’t ever eat anything ever again that causes a brief sudden spike in sugar? 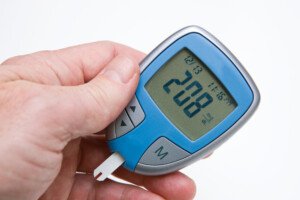 And what about diabetics who find that their glucose levels are abnormally low and need a quick-acting carbohydrate stat?

Speak with your diabetes team to find out what the best quick-acting carb sources are for these situations.

Outside of those situations, diabetics are allowed to eat sweets, but they need to confine consumption amount and frequency to the parameters of proper diabetes management. 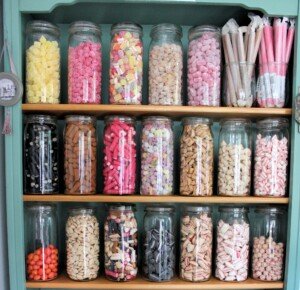 Ideally, they should limit sweets to less than 10 percent of their overall food intake, advises Dr. Doyle. If they’re overweight, this plan will help them lose fat.

The 10 percent can include animal products and processed foods. Even what seems like a healthful dinner in a microwave box can cause a sudden sugar surge due to added sugars.

If you’re planning on eating a food that causes a sudden brief spike in blood sugar (a fast-acting carb such as ice cream, pie, candy, soda, white rice, orange juice and those yummy sweet granola-type bars ), then time the intake to be very soon after a strenuous workout.

In the hour after intense exercise, the body’s glucose metabolism is at its finest.

So if you’re going to have a piece of chocolate layer cake with milk, it’s far better to eat this immediately after a pummeling workout than after you’ve been sitting at a computer for several hours.