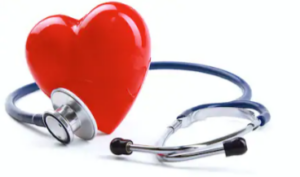 The contraindications for drug therapy in critically ill patients with acute decompensated heart failure with worsening renal function leave physicians in a very tough spot, because without these drugs, the patient is sure to die.

The older they are, however, the more likely that their post-treatment existence is a new, weaker baseline of overall functioning.

When an elderly person “recovers” from acute decompensated heart failure coupled with worsening kidney function, this often means simply that they didn’t die and are not in hospice status upon discharge.

But from that point forward, they may be much weaker, less dependent, and their linear decline (from chronic heart failure) is steeper or faster.

So what was once a vibrant 85-year-old who regularly went out and played bridge and hosted dinner parties is now someone who permanently barely has the energy to get ready for the day and has lost her desire for bridge.

With that all said, drug therapy is key in the survival of patients, particularly the elderly, who suffer from acute decompensated heart failure (ADHF) combined with worsening renal function.

These two situations – acute heart failure and kidneys that are getting worse – often go hand-in-hand.

Drug therapy is crucial in this chicken-and-egg phenomenon, which is one of the most common causes of hospitalization of people over age 65.

“I can’t speak to the bulk of survivors and their ages,” begins Mark Pool, MD, a board-certified cardiothoracic surgeon based in TX who’s been in private practice since 2011.

“But the older the patient, in general, the higher the mortality with any worsening of heart failure or renal dysfunction,” continues Dr. Pool.

“The mortality rate of combined heart failure and renal dysfunction in patients over the age of 80 years can be very high, though for a given patient, it is not a given that the patient could not survive (thus not ‘hopeless,’ just a steep and high mountain to climb.”

It can be a very tough call for the treating medical team pertaining to whether to initiate drug therapy.

Drugs commonly used for ADHF + worsening renal function are as follows (no particular order after the first class of drugs in this list):

Though these drugs are lifesavers for some patients, they also bring potentially fatal risks such as very low blood pressure and heart arrhythmia.

A risk-benefit ratio is at play here. Patients with cardiorenal syndrome are given an echocardiogram, chest X-ray, a CT scan and extensive blood testing, plus their blood pressure, pulse and oxygen saturation are being continuously monitored.

“Often the echo will show the poor left ventricular function expected for the heart failure, though it won’t necessarily look worse than usual,” says Dr. Pool.

“Same with the X-ray – it may look worse but sometimes it doesn’t. The line is so extremely fine between the heart and kidneys getting the job done (patient being able to stay home and feeling okay) and not getting the job done (patient lands in hospital), that relatively blunt tests like echo/X-ray may not pick up the subtleties of the difference”

Thus, contradication of drug therapy is not something that’s determined by an echocardiogram and X-ray.

A potential side effect of some drugs is a dangerously low blood pressure that can be fatal, as this may deplete organs of their life-sustaining medium: blood.

“Yes, medications can cause hypotension, and it is possible to cause such profound hypotension that the patient dies, but this is rare.

“It might be more likely if all (BP) medications are given at the same time or if the BP is not checked for a while so there is not a tip-off that the BP is already low before the meds are given. Dysrhythmias can also result.”