Barbie Now Has a Realistic Body, but Her FACE Is Unrealistic! 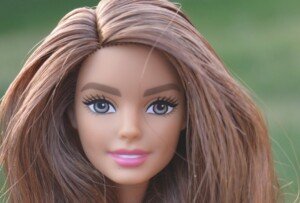 It’s supposedly a big achievement that the Barbie doll body now comes in a curvy or “realistic” version—yet her face remains totally unrealistic.

Come on, how many women’s faces look like Barbie’s?

Granted, there are a few YouTube stars who, after painstakingly applying makeup to create optical illusions, can make their faces look like Barbie’s.

And of course, many film and TV stars, and fashion/cosmetics models, look pretty close to Barbie as far as facial features: doe eyes spaced  one eye-width apart, a soft symmetrical nose, full pouty lips, nicely defined cheekbones and just the right-size jaw and chin — just like the woman below: 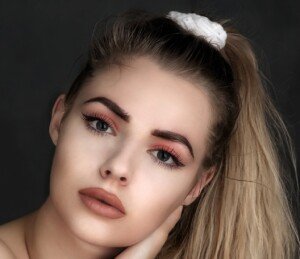 But in the general population, such a face is very uncommon. VERY. And don’t say that makeup makes these women gorgeous. Makeup won’t give a face what it already doesn’t have.

Barbie’s Face Is Perfect, Even in the Bigger Body Version 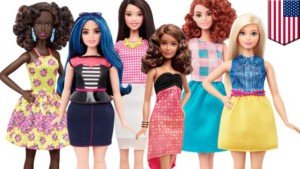 Barbie’s doe eyes are disproportionately large for her face. How come none of the Barbies have small eyes spaced close together?

How come none have a prominent nose — the kind that you see in “before” pictures — before the nose job surgery?

How come the body positive influencers aren’t raising awareness about how Barbie should have a “real” face? Like the two faces below? 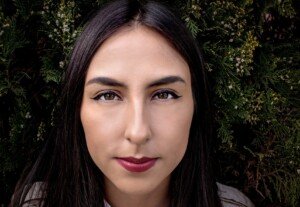 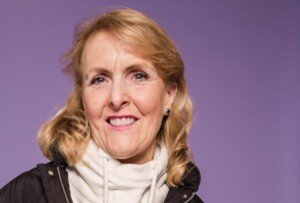 In other words, a face that’s more representative of “real” women? There’s a double standard going on here.

From Mattel’s point of view, Barbie’s face needs to be as pretty and perfect as possible. What young girl wants to play with a doll that has a plain Jane face?

However, this certainly was Mattel’s reasoning all along about Barbie’s body: What girl wants to play with a doll that has a chubby body?

She just doesn’t have a tiny waist and small hips, and her legs and arms aren’t as stick-like. We will never see a chubby, let alone fat, Barbie.

Though there are now Barbies of varying heights, skin colors and hair textures, their faces still fit the template of the golden ratio: beauty based on a mathematical proportion of 1:1.618, also known as phi.

Every Barbie’s face appears to be created out of the same template, with minor variations to denote race.

Body positive influencers leave out the face when campaigning for body acceptance.

That’s why we don’t hear about body positive promoters insisting that plus-size models have “real” faces that are representative of the average woman’s face.

And the average woman’s face does NOT look like a model’s.

One look at plus-size model Ashley Graham’s face and you KNOW it’s a good fit for the golden ratio template, complete with full pouty lips.