Can Untreated Symptoms for 3 Years Be Pancreatic Cancer? 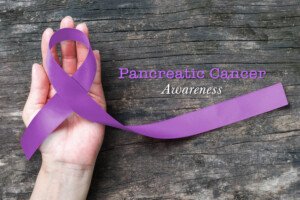 Good and bad news if you think your digestive symptoms can no longer be pancreatic cancer because you’re still alive after three or so years.

So you’ve been experiencing some gut related untreated symptoms for quite some time now – perhaps two, maybe three years – and this time passage has been reassuring because if you had pancreatic cancer … you’d by now surely be dying in some hospice setting, right?

But instead, you’re still kicking and going to work, driving around, doing things, living, partying, dirt-biking, fishing, dancing, whatever it is that floats your boat.

But hold your horses…

There’s good news and there’s bad news for those of you who have “time under your belt” regarding your untreated symptoms that, initially, you were terrified were signs of pancreatic cancer.

One man posted in a forum, “My symptoms fit the bill for pancreatic cancer, but I had no insurance and was scared to see a doctor anyways.

“So I just kept letting things slide. As time went on, the symptoms never got worse.

“And here I still am, three years later, still having the symptoms, but not much worse, either.

“I get out of bed every morning, still have my appetite and go to work like everyone else.

“After three years I can’t possibly have pancreatic cancer, which I know progresses really fast if it’s not treated.”

Is there a grace period for pancreatic cancer to spread and kill?

“It is very unusual for symptoms persisting for three years or more to be attributable to pancreatic cancer, because the disease would have progressed during that timeframe in most circumstances,” begins Jordan Winter, MD, a hepato-pancreatic-biliary and oncology surgeon and Chief of the Division of Surgical Oncology at University Hospitals Cleveland Medical Center.

You’re Not Out of the Woods after Three Years

Dr. Winter continues, “However, it is possible for benign disease of the pancreas to cause similar symptoms, and some of these pathologies can progress or degenerate into pancreatic cancer over time.

“These include pancreatic cysts or pancreatitis. Therefore, it is important for a thorough evaluation to be performed, and sometimes for patients to be followed over time.”

…well, you just read what Dr. Winter advises: See a doctor and find out what’s going on, and if it’s something that should be put under surveillance over time.

• Mucinous cystadenoma. If left untreated this can transform into a malignancy.

They rarely develop in men.

This too, may develop into cancer.

Different kinds of masses including benign can form in the pancreas. And there are different types of pancreatic cancer.

If you’re worried that your symptoms match up pretty well with pancreatic cancer, even if several years have passed but you’re still experiencing symptoms, it’s never too soon to see a gastroenterologist.