Time It Takes for Liver and Pancreatic Cancer to Grow 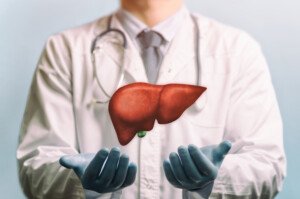 It takes years for liver and pancreatic cells to develop into cancer, but only months to spread like a demon and become life-threatening once the mass reaches a certain size.

“There are many types of tumors that occur in the liver,” says Jordan Winter, MD, a hepato-pancreatic-biliary and oncology surgeon and Chief of the Division of Surgical Oncology at University Hospitals Cleveland Medical Center.

“Some liver tumors originate in the liver, and these are called hepatocellular carcinoma or bile duct cancer,” continues Dr. Winter.

“The majority of liver tumors, however, are metastases from other primary sites. The most common site of spread from a pancreatic cancer is the liver.”

It’s also worth noting that colon cancer’s chief target of spread is the liver. So any such cancers in the liver that are metastases are called secondary tumors.

Cancer Transformation from Normal Cells: Years in the Making

“We think that pancreatic cancer takes many years to develop,” says Dr. Winter.

However, this does not mean that if you have a two centimeter malignant mass in your pancreas that it will just sit there dormant for several more years if not treated.

Benign cells don’t turn into cancer overnight. This takes years and is a multi-stage process. But once the cells have officially become cancer … growth is rapid.

This isn’t like, for instance, melanoma of the superficial spreading type, a slow-growing type of neoplasm which can stay at stage zero (in-situ) for two years.

Now at first, this may not seem like a lot if we’re talking just a few cancer cells.

Here’s a simple way to better understand this. Suppose you have a penny and double it every day for 30 days.

This compounding effect applies to cancer cells that double in size, even if the doubling rate is every two to three months rather than daily.

So if we start out with two cancer cells doubling every two to three months, then you can see how it will take a long time to grow to a single centimeter.

However, once it’s one centimeter…that doubling effect will be disastrously exponential.

This is why a person can be seemingly healthy one day and climb a mountain, then 10 months later be diagnosed with stage 4 liver or pancreatic cancer.

If pancreatic cancer spreads to the liver and begins as a one millimeter mass, it will be about one inch in only six months – enough to be detected by a CT scan.