Can Untreated Sleep Apnea but No Symptoms Harm Your Health? 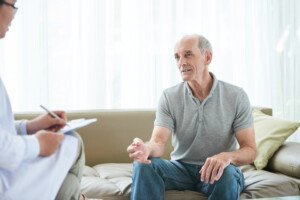 Imagine having untreated sleep apnea for many years but still no symptoms; does this mean that for all those years it has not damaged your cardiovascular system?

The idea is that if someone’s body has been coping very well with untreated obstructive sleep apnea for decades on the “outside,” that it would necessarily have been coping quite well on the “inside.”

If someone with untreated sleep apnea has always been asymptomatic for decades, how do they learn they have OSA in the first place?

• Dentists keep asking if they have sleep apnea because of their small airway.

• Long history of abruptly awakening in the middle of the night gasping, but chalking it up to either an anxiety program running in the background; a benign pressing down on the stomach by gravity; or acid reflux.

• Reading somewhere that having to urinate at least twice overnight every night is suspicious for sleep apnea – and they say to themselves, “My God, that’s me!”

• They then have a sleep study and voila, a diagnosis of OSA.

A person who’s had untreated obstructive sleep apnea for, say, 30 years (meaning, they have a definite recollection dating back 30 years of the overnight gasps and multiple bathroom trips) may still have:

However, there’s a problem. Who’s to say that these impressive points won’t begin changing—for the worse—in the next 10 years or even five years—due to continued non-treatment of the obstructive sleep apnea?

We just don’t know. We cannot take a chance. That famous saying applies here: “An ounce of prevention is worth a pound of cure.”

There’s nothing broken. YET. The idea would be to prevent future illness, not treat current illness.

What currently needs to be treated is an issue of wayward mechanics resulting primarily from gravity.

“Treatment of sleep apnea patients may be justified even when symptoms are absent,” says a paper in Schweizerische Medizinische Wochenschrift, a German medical journal.

The study, by Gugger et al, points out that over five disordered-breathing events per hour during sleep is an independent risk factor for heart attack.

Now this may seem absolutely impossible to the super healthy and fit individual with the buff physique who can sprint up hills, hike for hours and help someone move furniture the same day with plenty of energy to spare, then get up early next morning and lift heavy weights at the gym and then put in a full day’s work without the slightest bit of fatigue or drowsiness.

Think of obstructive sleep apnea as you might the “sitting disease.” Excessive sitting on a daily basis is an independent risk factor for a heart attack.

“Independent” means it’s a risk factor whethee you’re fat, diabetic and never exercise, or have a lean, mean muscular machine that never lets you down.

The independent risk factor for heart attack, then, means that untreated obstructive sleep apnea with no symptoms can, indeed, harm your body.

Of course, the treatment of prolonged sitting is to get up every 45 minutes and be active for five minutes, and limit total sitting time to four hours a day.

But the gold standard treatment for sleep apnea is a CPAP machine (the “mask”). This is the deal breaker for many people.

The Gugger study then points out that asymptomatic people with sleep apnea with an AHI of at least 20 should use CPAP.

And that CPAP is also called for in those with an AHI of five to 20 if they also have cardiovascular risk factors currently in place (e.g., obesity, smoking, diabetes, high blood pressure).

“These laboratory cut-off values are not absolute values,” says the paper, ‘but represent flexible guidelines for initiating a CPAP trial in asymptomatic patients with apnea.”

Your doctor may straight-out tell you, “I want you on CPAP therapy beginning yesterday no matter what kind of fitness superstar you are and how great your numbers are.”

Another paper, in the journal Sleep Disorders, notes that numerous studies have attempted to determine if CPAP therapy reduces cardiovascular risk in patients without daytime sleepiness.

“But it’s difficult to draw definitive conclusions,” says the report.

There have been no studies involving following fitness warrior people with untreated obstructive sleep apnea for years and years to see what, if anything, eventually happens. There may never be.

However, we’ve all heard of the individual who’s “done everything right” for decades, then suddenly drops from a heart attack or is diagnosed with 97 percent blocked coronary arteries.

Hmmmm, is it possible that many of these individuals have had asymptomatic, untreated obstructive sleep apnea for decades that finally caught up with them?