Is an Occasional Night Off from CPAP Treatment Harmful to the Body?

Medically reviewed by Nancy Foldvary-Schaefer, DO 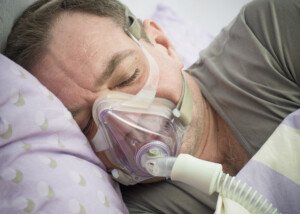 What if you were to miss a night of CPAP therapy every so often? Could an occasional night off from CPAP cause damage to your body?

After all, sleep apnea can cause a host of damage when it goes untreated.

If someone began choking you, your body would have a stress response — complete with the so-called stress hormones.

A chronic state of “fight or flight” is damaging to the body.

Untreated obstructive sleep apnea puts the body in a persistent state of fight or flight overnight – while struggling against the repeated strangulations by an obstructed airway.

An experiment was done by Grunstein et al (Sleep, Jan. 1996) that involved eight patients on CPAP.

They went off CPAP for a night and, not surprisingly, had a recurrence of airway obstructions and clinically significant AHI’s (sleep-disordered events). This would not be surprising. 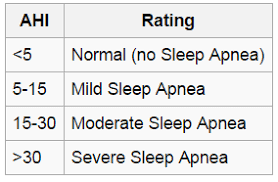 However, there was no recurrence of a stress response, or that fight or flee activation in which hormones including noradrenaline and cortisol are released.

They endured two hours of a simulated, monotonous “drive” in an instrumental car, the day preceding their regular CPAP use, and a second time following a night of missed CPAP treatment.

This study did not look at hormone release or potential danger to the heart after just one missed night of CPAP.

Instead it looked at really observable metrics such as simulated drifting out of the road lane and EEG readings indicative of sleepiness.

The study showed that just one night of missed CPAP greatly increased impairment of alertness, leading to lane drifts during the simulated driving.

Greater subjective sleepiness during the two hours was also reported.

In short, it’s no mystery that after just one missed night of CPAP use, there was a return of daytime symptoms.

But what about the inside of the body, the heart and blood vessels?

The two weeks of missed CPAP therapy resulted in blood pressure and heart rate increases, but no detectable impairment in function of the inner lining of coronary arteries.

It can’t automatically be deduced from this study that an occasional missed night of CPAP therapy will not negatively impact endothelial function.

So what if someone decides to do away with the mask and tube just once a week?

“All questions do not have precise answers,” begins Dr. Nancy Foldvary-Schaefer, DO, MS, and Director, Sleep Disorders Center, Cleveland Clinic.

“This is what medicine is all about. We do not know if an occasional night without CPAP causes harm.

“We only know that over long periods of time with untreated OSA, people develop cardiovascular and metabolic disorders, some of which can be reversed with OSA treatment.“

But as for those with OSA but who do not experience daytime symptoms – which also include moodiness, irritability and difficulty concentrating – there’s just no definitive data on what an occasional night free of CPAP can do, as far as what goes on inside the body.

And where would the cutoff point be, in terms of how much a person would have to take off from CPAP therapy before this began harming their heart and blood vessels?

• There’s little research on the effect of periodically going without CPAP, over a long course of time, as it pertains to potential damage to the heart’s function and the body’s metabolic processes.

• Research instead focuses on how sleepy the person is the day after going without CPAP.

• If you’re going to take a night off from CPAP use, make sure that you will not be doing any driving or operating of machinery the following day.

Finally, if you seem to do okay following a night of missed CPAP therapy, don’t let this turn into some kind of three-times-a-week deal where you go without the machine.

There is NO such thing as weaning yourself off of CPAP.

Certified by the American Board of Neurology and Psychiatry in Neurology, Clinical Neurophysiology and Sleep Medicine, Dr. Foldvary-Schaefer has treated patients with sleep disorders and epilepsy at Cleveland Clinic since 1995. She has served as a lead investigator on numerous clinical trials.