What’s the Youngest You Can Get Carpal Tunnel Syndrome? 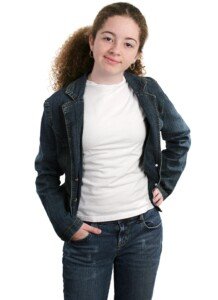 Now isn’t it funny that all these kids spending hours every day on their keyboard but few young people seem to get carpal tunnel syndrome?

So can a person be too young to develop carpal tunnel syndrome?

“This is a very interesting question because when people say, ‘Oh, computer causes CTS, I tell them my office would be full of adolescents on Facebook, young boys into gaming, if it was really due to computer use,” explains Alejandro Badia, MD, FACS, a renowned hand and upper limb surgeon and owner of Badia Hand to Shoulder Center in Doral, FL., and founder of OrthoNOW, the only urgent orthopedic care franchise in the world.

“The youngest person I can recall with carpal tunnel syndrome was about 16,” says Dr. Badia.

“You don’t really see it in children unless there is some major anatomical problem — which actually would overshadow the problem of the median nerve compression.”

The reason few very young people are diagnosed with carpal tunnel syndrome is due to the fact that young people usually don’t have the predisposing conditions.

Carpal tunnel syndrome “tends to mostly occur in, No. 1, perimenopausal females due to effect of estrogens,” says Dr. Badia.

“No. 2, women in the third trimester of pregnancy due to fluid retention; usually goes away after delivery.

“The other common groups are diabetics due to the effect of sugar on the tenosynovium [a sheath of tissue around the finger tendons].”

“Next is hypothyroid, extremely common, causes retention of the ground substance because it’s [CTS] metabolic.”

I’ll sure vouch for that; my mother was diagnosed with hypothyroidism a few months after she had carpal tunnel surgery on both hands at the same time.

Gout is another condition that increases the risk of CTS.

Dr. Badia continues, “We do see the men, usually older and mostly due to the changing balance in estrogen and testosterone – both sexes have both hormones.

“The last group would be idiopathic, meaning we don’t know why. Occasionally people just get this; we think that most of them are probably an anatomical issue with the size of the tunnel relative to the nerve and the tendons.

“In terms of activity related, the only scientific study ever that’s a reputable study that related an occupation was meat packers at the turn of the century — the kind of heavy work they did with their hands probably affected their flexor tendons to a point where there was an increase in incidence of that.”

If your young child spends a lot of time using a keyboard or playing games on any computer device, you certainly do not have to worry that they’re setting themselves up for carpal tunnel syndrome.