Why Don’t Kids Who Use Computers Get Carpal Tunnel Syndrome? 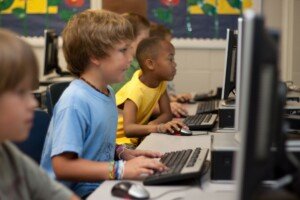 If typing, keyboard work and using a mouse are leading causes of carpal tunnel syndrome, you’d think there’d be scads of children and teens getting this condition.

“Any hand surgeon will tell you they never see an adolescent sufferer, yet they are typing away all day on Facebook or using a smartphone,” says Alejandro Badia, MD, FACS, a renowned hand and upper limb surgeon and owner of Badia Hand to Shoulder Center in Doral, FL., and founder of OrthoNOW, the only urgent orthopedic care franchise in the world.

“In fact, there is a near universal belief that technology gadgets can cause all sorts of hand problems,” continues Dr. Badia.

“The most common myth remains that carpal tunnel syndrome is ‘that computer disease’ and that using your hands for what is now an everyday function for many people can cause physical harm. Nothing is further from the truth.”

• So why do we see so many computer users in offices wearing hand splints?
• Well, why not also ask how come we don’t see teens and younger kids wearing these as well?

First off, men are less likely to wear a splint or hand brace, especially in public, due to the so-called macho factor.

And if teens and younger children are too embarrassed to wear a splint, certainly there’d still be a lot of mothers out there reporting that their kids’ hands and wrists hurt whenever they use their electronic devices. And that’s not happening.

Nevertheless, it’s a fact that it’s not uncommon to see a woman at an office who uses a computer to be wearing a wrist splint—the kind that is marketed to those with carpal tunnel syndrome.

We also observe these implements on the hands of women doing cashier work.

This creates the illusion that keyboard and cashier work cause carpal tunnel syndrome. Bear in mind that many cashiering devices don’t require repetitive finger work on keypads; merchandise is scanned instead.

Why Kids Who Use Computers Don’t Get Carpal Tunnel Syndrome

It’s because they don’t have the circumstances that give way to CTS.

CTS is a metabolic and hormonal related issue, says Dr. Badia. It is “not caused by so-called overuse or repetitive stress.”

This is why children and teens can spend hours every day frenetically using their fingers on keypads and gaming device buttons and never develop carpal tunnel syndrome.

So what’s with all the women out there wearing wrist splints?

“The misconception may have come about due to a former association between women and keyboard use since secretarial work had certain demographic trends and these are the same patients who tend to suffer from CTS.

“It is also common in third trimester pregnancies but usually resolves after delivery once fluid retention diminishes.”

And just because a woman wears a hand brace doesn’t mean she has carpal tunnel syndrome. Maybe she’s wearing it because it relieves an aching wrist that’s not caused by CTS.

But more likely than not, she has carpal tunnel syndrome – and just happens to have a job involving a keyboard and mouse or other repetitive movements. It’s not cause and effect. It’s coincidence.

Dr. Badia also says, “Understand that typing, and other manual activities, can aggravate symptoms [of CTS] but not actually cause the condition.”

Women may also be wearing the wrist braces as a pre-emptive move to prevent carpal tunnel syndrome — simply because this was suggested to them by their workplace.

But that just reflects the misconception surrounding CTS.

Otherwise, like Dr. Badia points out, hand surgeons would be getting inundated with children and teens – who spend a lot of time using computers, many beginning at a very young age – suffering from carpal tunnel syndrome.

Dr. Badia is a founding member of the American Hand Institute, a think tank and medical device start-up company focused on minimally invasive solutions to hand, wrist and elbow pathology.