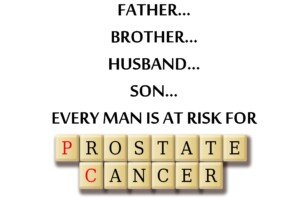 The extent that breast cancer awareness is promoted may have you believing that this disease is a LOT deadlier than prostate cancer.

Let’s first take a look at how many women in the United States are diagnosed with breast cancer on an annual basis.

According to the National Cancer Institute Surveillance, Epidemiology and End Results Program (SEER), the estimated new cases for breast cancer in 2017 is:

There’s no doubt that breast cancer in the U.S. is far more common than is that of prostate.

This means that prostate cancer, relative to total cases diagnosed for 2017, is 0.50 percent “deadlier” than breast cancer.

Now make sure you read that figure correctly: zero point fifty percent. This is HALF a percent – a very nominal value.

This is such a small margin, that it wouldn’t be surprising if in future years, including 2018, the difference shifted towards breast cancer as far as being the more “deadly.”

Dr. Simons further explains, “Even stage for stage they have similar outcomes. Prostate cancer as a field is much further ahead in many regards to active surveillance and not over-treating patients, while breast cancer is further ahead in predictive biomarkers to personalize treatment and utilize multimodality care.”

Remember, though many more women die each year from breast cancer when compared to men dying of prostate cancer, there are also proportionately that many more new diagnoses every year.

Both of these diseases are virtually equally deadly when detected at a late stage and equally curable when found at an early stage.