What Does a Preventive Double Mastectomy Feel Like Same Day? 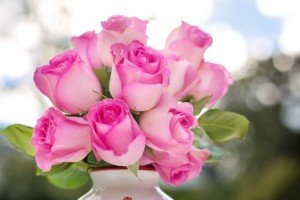 The way that a preventive double mastectomy feels the same day of the operation may be dependent upon the level of fitness you had going into the surgery.

It also may depend on whether or not, in addition to the general anesthesia, you had a paravertebral block – an adjunct form of anesthetic.

I’m going to tell you how a preventive double mastectomy, without reconstruction, felt like the day of surgery.

When I opened my eyes in the recovery room, I didn’t feel much right away, but as seconds passed, the perception of soreness began setting in.

On a pain scale of zero to 10, I told the nurse that I was at a 6. The “pain” can be described as a strong soreness rather than the type of pain you’d feel from multiple pinches, bites or deep cuts.

This might sound scary to you if you’re facing a preventive double mastectomy, but remember, the pain scale was 6 – nowhere near severe enough for me to request a painkiller.

It’s just that it felt as though I still had breasts but that they were bruised from being punched.

Another way to describe this strong soreness following the preventive double mastectomy is that of going way overboard on the “pec deck” gym apparatus, also known as the butterfly machine.

The area at the junction of my chest musculature and armpit was very sore. But the soreness also extended across the area where my breasts had been.

It did not feel as though I had been cut or incised, but…again…punched there.

Technically, I had chest pain, but I very highly doubt this is what cardiac chest pain feels like.

Double mastectomy soreness same day also does not feel like acid reflux (which I’ve had). There was no burning sensation.

Once wheeled out of recovery, I remained in my bed (slightly inclined) for a short while until nature called. But as I lie there, I noticed that the pain rating had dropped to around a 4 and was also covering less surface area.

I was brought to my room at around 12:35 pm, and what kept me in bed was a feeling of motion sickness from the general anesthesia, NOT the soreness from the prophylactic double mastectomy.

Often, people feel nauseous and even vomit the same day of a preventive double mastectomy – but from the general anesthesia.

The motion sickness feeling kept me in bed save for having to use the restroom. Around 3:30 pm I was ready for my first walk up and down the long corridor but still felt a little head-tipsy.

The soreness was continuing to diminish. By dinnertime the soreness that was located where my breasts had been was gone.

Prior to that, it had been reduced to just the size of a quarter in between where my breasts were. It vanished when I got out of bed late in the afternoon.

That overworked pec deck feeling persisted through to bedtime (midnight), though as the day went on, it was less noticeable when I wasn’t moving my arms.

But any movement brought it out. It was highly tolerable within the confines of my doctor-ordered movement restrictions.

I’m sure that if I proceeded to try to reach my hands to the ceiling there’d be considerable pain in that area. But you’ll be on overhead-movement restriction for two weeks anyways.

Same day preventive double mastectomy, your first corridor walks you may want to do with your hands folded at your tummy. I think I did this simply because I wasn’t in the mood to have my arms at my sides.

I just wanted everything to mend comfortably that same day. But with subsequent corridor walks in the evening I abandoned the folded hands and let my arms move naturally at my sides.

The pec deck soreness diminished with each walk but was always present.

Chest muscle is NOT involved with a preventive double mastectomy, even though it felt this way.

Same day you may also not necessarily need a painkiller – especially if you had the paravertebral nerve block.

As I type this it’s day 2, and the surgeon told me that I may need a narcotic painkiller in the next 24 hours or so because the paravertebral block and general anesthesia are still suppressing pain.