Appearance of Pencil Stools of Colon Cancer Compared to IBS 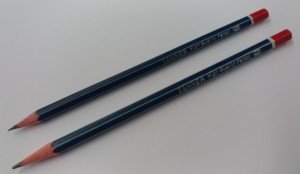 Colon cancer can cause pencil shaped stools. So can irritable bowel syndrome.

And therein lies the problem when you see skinny poops coming out of you that resemble a pencil shape or how toothpaste looks like coming out of the tube.

“The occasional narrow stool is not of major concern,” begins Santosh Sanagapalli, MD, a consultant gastroenterologist, endoscopist and colonoscopist.

“However, a persistent narrowed stool, for example of pencil thickness, can sometimes occur due to narrowing or obstruction of the colon from a colon cancer.

“The problem is that changes in the stool form or shape can also be a common feature of irritable bowel syndrome.”

This is caused by colon contractions or spasms.

Dr. Sanagapalli explains, “Based on the appearance of the stool alone, one cannot differentiate between a benign cause such as IBS and a concerning cause such as bowel cancer.”

The stools from either condition will look the same as they are voided and also as they end up in the toilet bowl.

What should you do?

“The decision to investigate further is based on any concurrent symptoms and the patient demographic.

“For example, in a young woman who describes changed (narrowed) appearance of the stool but no bleeding, weight loss, anemia or abnormal findings on examination, then the diagnosis is likely to be IBS.

“However, in an older male who describes such a change in his stool appearance along with rectal bleeding or other concerning features such as anemia or weight loss, there would be much higher concern for colorectal cancer.

“The symptom therefore requires careful evaluation by a gastroenterologist (both history, physical examination and blood tests) to decide on the likely diagnosis and need for further investigation.”