Causes of Tinnitus in Kids 11 through Teens 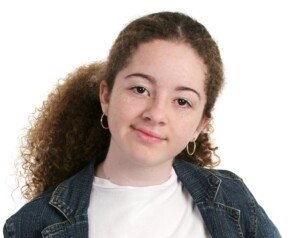 Your teen can have tinnitus without you even knowing it, because kids don’t think this is anything to worry about.

But it is: future hearing loss.

Cause of tinnitus in teens?

“Whether they attend concerts without ear protection or listen to their music on their iPods/smartphone with the volume turned up to the highest, they are putting their ears at great risk for damage.”

Tinnitus was affecting a lot of kids between 11 and 17, as determined in a study of 170 kids.

A little over 54% of the kids in this study reported tinnitus in the previous 12 months.

No — Tinnitus Is NOT an “Old Person” Condition

“Ringing in the ears,” as tinnitus is often known as, is affecting more and more young people, due to our increasingly loud society.

Today’s kids and teens, perhaps more than any past generation, think that loud is cool.

Most of the study subjects reported habits that can cause hearing loss such as the use of ear buds and being in very noisy places.

Of the 54% (93 kids) who had experienced tinnitus in the prior 12 months, 51 said they experienced it after listening to loud music.

“If this teen generation continues to expose themselves to very high noise levels,” says Tanit Ganz Sanchez in the study paper (Scientific Reports, 2016), “they’ll probably suffer from hearing loss by the time they’re 30 or 40.”

Tinnitus is a foreboding of possible future hearing loss.

Nerve cells on a structure called the cochlea can be damaged by loud noise. The cochlea is in the inner ear.

In response to damaged nerve cells, other parts of the inner ear try to take over. This causes tinnitus.

Sanchez warns that if kids and teens continue to engage in listening to loud sounds or being in loud environments, that by the time they are 25 they may have serious hearing loss.

Remember, this generation of youth is being exposed to a whole new level of noise.

So even though you, as parents, somehow made it to young adulthood without significant hearing loss, you cannot use this as a yardstick to measure how your children’s hearing is going to be by the time they’re 25.

It’s time to sit down with your adolescents and teenagers and tell them about tinnitus.

It’s funny how parents who stay on top of their kids’ dental health and vision tests are often the same parents who never give a single thought to hearing!