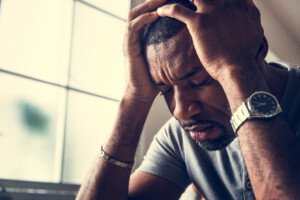 How can one tell the difference between a transient ischemic attack (TIA) and brain metastases?

There’s an overlap of symptoms with a TIA and brain mets, but there’s also features of brain mets that would not be caused by a transient ischemic attack.

Symptoms of Metastases in the Brain (no particular order)

• Seizure, especially for the first time in someone over 35

• Weakness on one side of the body

• Loss of bladder or bowel control

Symptoms of a Transient Ischemic Attack (no particular order, all are sudden-onset)

• Weakness on one side of the body

• Paralysis on one side of the body

• Paralysis, numbness or weakness in the face

• Drooping on one side of the face

• Blindness in one eye or both

• Heavy feeling on one side of the body

As you can see, there is some overlap with the symptoms of both conditions, and there are also some striking differences.

But it’s the overlaps that can bring out the panic. Both conditions are life-threatening, but it’s safe to assume that very few people would choose to have a brain metastasis over a transient ischemic attack.

The treatment for a TIA is usually a prescription blood thinner, namely Warfarin (coumadin), and this drug is highly effective at helping prevent another blood clot in the brain.

Brain Mets vs. TIA: the Most Striking Difference

The biggest difference between brain mets and a TIA is duration of the symptom or symptoms.

Duration of a TIA is usually minutes – with the average being about a minute — though a TIA can last an hour or more.

By definition a transient ischemic attack is transient—temporary. Some can last a mere 30 seconds. Every TIA symptom is sudden in onset. Boom! It’s there.

And by the way, the symptoms of brain mets are the same as those of a primary brain tumor.

Symptoms of brain metastases are not transient or short-lived because the tumor doesn’t suddenly appear (like a blood clot) and then dissolve minutes later.

The mass remains there and keeps growing, and can only be removed via surgery. Let’s look at the symptoms of brain mets in more detail.

Symptoms More Suggestive of Brain Mets than a TIA

• Gradual-onset cognitive problems which may include short-term memory impairment

• Headache together with a seizure (the two most common symptoms)

If you suspect you had a transient ischemic attack, this is a medical emergency and you should have someone drive you to the ER.

On the other hand, if you think your symptom/s were caused by a brain metastasis, get to the ER, because even though it may not seem like an immediately-urgent situation, you could have a seizure (if you already didn’t) – next time you’re driving.