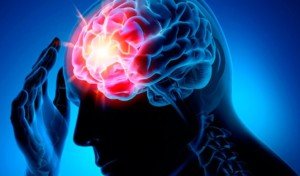 TIA stands for transient ischemic attack, and the many symptoms can come in many permutations.

“A transient ischemic attack (TIA), also known as a mini stroke, is a temporary blockage to the blood flow of the brain,” says J. Mark Anderson, MD, DABFM, of Executive Medicine of Texas and who is board certified in family medicine.

Thus, the only difference between a transient ischemic attack and an ischemic stroke is the length of time.

The blood clot in the TIA dissolves before permanent damage results. However, having a TIA means that a person is at serious risk for a massive stroke in the near future.

Stroke is the U.S.’s No. 1 cause of permanent disability and doesn’t just affect “old” people. 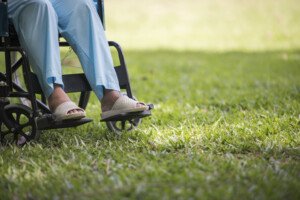 It’s a common condition, and it affects so many people that even those who are middle aged or in their 30s can be stricken by this brain blood clot.

Symptoms of a Transient Ischemic Attack

Dr. Anderson explains, “Symptoms of a TIA include muscle weakness, trouble controlling one side of the body, slurred speech, blurred vision and facial muscle weakness/numbness.”

Other possible symptoms are confusion, vision issues other than blurriness, and a sensation that something is pulling one’s body to the side, or heaviness on one side of the body, while one one’s feet.

How Long Does a TIA Last?

“The symptoms only last from a few minutes to about an hour because the blood flow returns to that area of the brain.

“TIA’s can be scary because they mimic the symptoms of a stroke. TIA’s are different from strokes because a stroke leaves permanent damage, whereas a TIA is transient, meaning it comes and goes.”

“People with high blood pressure, diabetes, high cholesterol, obesity and atrial fibrillation are more likely to have a TIA.”

So are people with untreated sleep apnea. If you’ve been diagnosed with sleep apnea, are you using a CPAP machine like you should?

“Since TIA and stroke are so similar in nature, it’s important to seek medical attention immediately,” adds Dr. Anderson. “Early intervention in a stroke patient may determine their ability to function in the future.”

Did you know that a TIA is a warning sign that you’re at very high risk for a stroke in the next 30 days? 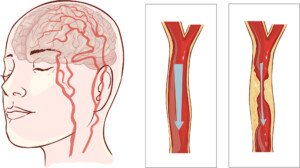 The blockage can originate in the brain. Shutterstock/ corbac40

Can a sudden severe headache mean a TIA?

Have you had sudden severe headaches and are plagued by the thought that these were mini strokes? Your fear is unfounded. Read more…

Can mental stress cause a TIA?

Stress actually CAN trigger a transient ischemic attack. Certain situations, however, have to be present in order for this to happen.

Do not let the “transient” in “ischemic attack” lower your guard. A two-minute TIA is a medical emergency. Think of this as the sufferer’s body gearing up for a very near-future massive stroke.