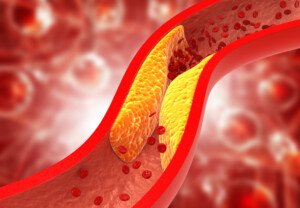 Yes — according to a very interesting study. But there are things you need to consider about the study.

There is controversy over whether or not natural supplements can reverse coronary plaque buildup (a disease called atherosclerosis), which is strongly correlated to heart attack risk.

So the researchers studied a group of people (65 total at the start) who, when compared to the general population, have a two- to four-fold greater risk of heart attack.

This group was firefighters, and for the study, they took daily supplements of coenzyme Q10 (coQ10) and aged garlic extract (AGE).

Another group of firefighters did not take these supplements, so that a comparison could be made.

Nobody in the study was on statins. At the beginning of the study, all subjects had their calcium score taken (a numerical value of measurable plaque buildup).

The control group took a sugar pill, but nobody knew which group they were in, and neither did the researchers.

The calcium scores of both groups, at the beginning, did not differ that much.

At the end of one year (during which the supplement group took their daily doses), another calcium score test was given.

The supplement group had about half the rate of coronary arterial plaque progression as did the placebo group, and this includes an adjustment for typical risk factors for plaque buildup.

What is the takeaway?

“Over the course of 12 months, 15 patients dropped the study due to loss to follow-up, withdrawal of the consent, or meeting exclusion criteria,” says Dr. Quesada.

“This is a significant number of patients who were not followed-up and may have impacted the result of the study.

“Although there was a small difference in the coronary calcium score and other markers of inflammation, this does not mean that there is a clinical difference.

“In other words, this does not prove that patients on the experimental group are less likely to develop heart attacks, strokes or develop premature death.

“Furthermore, the patients were only followed for 12 months, which is a short period of time.

“Results may have been different if the patient had been followed by several years.

“In my opinion, this clinical trial does not demonstrate a clinically relevant benefit of treating patients with a combination of coenzyme Q and aged garlic extract.

“To demonstrate any benefit, a larger clinical trial with longer follow-up is needed.”

Exercise. This means sustained aerobic activity at least three times a week for at least 20 minutes — something that gets your heart rate and respiration elevated: brisk walking,  hiking, jogging, pedaling, stepping or a fitness class.

Limit processed foods. Eat five to seven servings a day of any combination of fruits and raw vegetables.

Dr. Quesada is board certified in internal medicine and cardiovascular diseases, with subspecialties in general cardiology plus interventional and structural cardiology. He evaluates and treats many conditions including shortness of breath, chest pain, coronary blockages and clot disorders. cvmg.com/carlos-quesada-md