Why You Should Retire Rather Than Keep Working 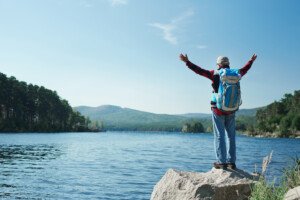 You should retire (if you’re able to) rather than continue working because retirement is much better for your health; working is linked to many diseases.

It’s not unheard of for mental health experts to endorse the idea of senior citizens continuing to work full time in the name of “staying young,” “keeping the mind active,” “having something to do,” and “feeling valuable,” etc.

Even when someone is middle age but in a financial position to retire, they are often urged to “find a new career.”

There are two groups of people here: 1) Those who HAVE to work, who are unable to retire due to their financial situation, and 2) Those who CHOOSE to work—and full-time at that.

It’s the No. 2 group that this article pertains to.

A report in the American Journal of Preventative Medicine says that the lifestyle behaviors of 25,000 older Australians was followed for a study.

The paper says that retirement was found to be associated with positive lifestyle changes.

In the study, people who were retired were more physically active (which is always better for health), spent less time sitting, were less likely to engage in smoking, and had better sleep.

It’s truly flabbergasting that a significant number of older people actually fear retirement; they have anxiety over adjustment to all the free time.

I’ve been retired by choice since age 53. I just don’t get how so many men and women could experience anxiety over a soon-to-be retirement.

I’ve been looking forward to retirement since I was a teenager!

After my father retired in his mid-60s, he one day told me, “I don’t know I ever had time for a job.”

He filled his days with home/handyman projects, listening to classical music, taking care of the lawn, playing and watching golf, bridge, a bowling league, reading, watching action movies and playing Scrabble with my mother, going to the gym, cooking pancakes and waffles, learning computer skills, not to mention he had a dog, went on vacations whenever he wanted, attended symphonies, received visits from his kids, and was just outright free of the stressors associated with having a full-time job such as fighting rush-hour traffic every day.

The study explains that, though retirement is a major life change, it also creates a great window of opportunity for making positive lifestyle changes.

The study also said that half the female smokers quit following retirement.

Working brings all sorts of disadvantages, including loss of privacy.

Suppose you must take off a month for surgery, then come back with a scar. You can bet that coworkers will be swarming you with questions.

If you must take funeral leave, all your coworkers learn of your family member’s death — something that many people want to keep private.

Dr. Melody Ding is the lead author of this study and was inspired to conduct it when her mother, who still lived in China where women are mandated to retire at age 55, turned 55 and expressed she would not be “valuable” as a non-working person.

“She now spends her days enjoying so many hobbies,” says Dr. Ding in the paper, “she can’t remember how she had time to work.”

Isn’t it really odd that when a younger person plans on retirement, they are frequently asked, “What will you do all day?” even though a younger body can do more than an elderly one?

But when an elderly person with limited mobility retires, the question of “What ever will you do all day?” doesn’t come up as often? Bizarre!