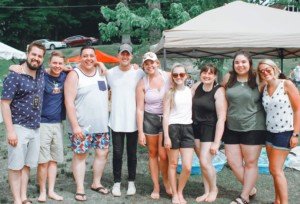 Are symptoms of chronic subdural hematoma in people under 65 more likely to occur sooner within 90 days when compared with elderly patients?

Anyone who clicked on this article probably already knows that by definition, the symptoms of a chronic subdural hematoma begin anywhere from three weeks to three months after the initial trauma to the head.

If the symptoms begin presenting themselves a few days to 21 days after, the condition is termed subacute.

If the symptoms begin kicking in sooner than a few days, it’s an acute case.

Some medical schools of thought define subacute as symptoms occurring between a few and only seven days.

When do symptoms of a chronic subdural hematoma begin appearing, usually, in elderly people vs. adults under age 65 within that 90 day grace period?

Would it be more typical for the symptoms in someone under 65 to begin appearing sooner, say, in the first one to two months?

“This is plausible,” begins Charles Park, MD, Director of The Minimally Invasive Brain and Spine Center at Mercy Medical Center in Baltimore, and a neurological surgeon.

“Younger patients will show symptoms earlier due to the ‘full’ brain.”

The younger, bigger brain has a tighter fit within the skull, reducing the space between the brain and the dura mater tissue.

With this much less space, if blood begins leaking within it, it will more quickly, within that chronic phase timeline, begin producing symptoms—usually a very bad headache (though other neurological symptoms can also result).

However, the elderly person’s brain is typically smaller (sometimes referred to as age-related brain atrophy).

This makes more room, as Dr. Park says, for a collection of blood and other fluid to fill up.

So it takes longer for this increasing collection or mass to begin putting pressure on the brain, and hence, causing symptoms.

Another thing to consider is that in the elderly, symptoms can be missed, making it seem that the symptoms “began” later than they actually did.

For example, suppose an elderly person (who struck his head a few months before) has been showing signs of a little dementia for the past year.

If the chronic subdural hematoma is now causing impaired cognition, family members might attribute this to the pre-existing dementia getting worse.

Awakening with weakness in a limb might also be passed off as part of old age.

In fact, even a really bad headache might not trigger suspicions in family members of any bleeding in the brain.

When my elderly mother woke up one day with a “crown of thorns” headache, my father was convinced this was due to eye strain the night before at her sewing machine.

And he thought nothing of her leg weakness; he thought it was just another transient setback of “overworking herself,” because the day before she had attended her first Silver Sneakers exercise class.

I pointed out that when she walked, her left foot kind of dragged. My father denied this and said I was imagining it.

So you see how the symptoms of a chronic subdural hematoma can be missed by a spouse?

He wasn’t even concerned that she had upchucked a little bit, thinking it was something she had eaten the day before.

(It’s possible that the nightmare of my mother’s quintuple bypass surgery a few months prior had desensitized my father).

All day long I pressed for the ER visit, and finally my father relented, and soon after she arrived, my mother was diagnosed with a chronic subdural hematoma.

Her symptoms came on suddenly, however, so the delay in diagnosis was only by hours, not days or weeks.

Had my mother been living alone with nobody aware of these symptoms, it’s anybody’s guess how long it would have been before she got medical attention, because she herself had not been worried over these symptoms.

This apathy might have been due to the chronic subdural hematoma.

But when a young person awakens with these symptoms, it’s typically very alarming and they waste no time seeking medical attention.

With that all said, a person under age 65 is more likely than an elderly person to begin experiencing the symptoms of a chronic subdural hematoma one to two months out from the initial trauma, since there is less space in their bigger, tighter-fitting brain to accommodate the increasing collection of blood and cerebral spinal fluid from the damaged veins.