The Kind of Woman a Controlling Man Wants 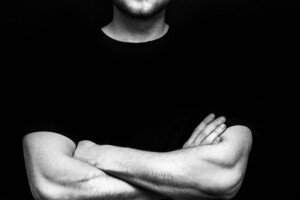 A control freak man who’s prone to violence wants only a certain kind of female victim.

Men who are capable of physically or even just emotionally abusing a girlfriend or wife are on the lookout for certain kinds of women to fit this bill.

Men of all types look for certain kinds of women. Violent or physically aggressive men are no exception to this rule.

And likewise, women seek out certain traits in men, the kind of men they feel would be a nice match for them.

Fact is, women have been long stereotyped as being “picky” when it comes to men.

It only makes some sense that a controlling man seeks out specific traits in his women, traits he believes would fit him well.

“I equate these predators to a lion,” points out Mary Jo Fay, RN, MSN, and author of When Your Perfect Partner Goes Perfectly Wrong.

She says, “The lion doesn’t look at a herd of antelope and say, ‘Gee, I should stick to killing off just the old ones.”

Fay continues, from the instinct of the lion, “The babies just started their lives… so I’ll leave them alone.’ The lion just knows he’s hungry and knows that the weakest victim will yield the easiest lunch. Whether that’s the oldest one close by, the baby close by,” etc.

“It’s almost instinctual. He certainly knows not to go after that lead ram … too risky. He might get hurt.”

Cruel men are not superhuman.

They can indeed be intimidated. Fay remarks, “So in the human world, the predator seeks the vulnerable, low self-esteem woman.” This is the woman “who seems to be the caretaker in a crowd.

Caretakers are usually hoping to win approval by pleasing others,” but they just don’t know how to win their own approval. They are the quieter types.

“Predators can smell out the high self-esteem women,” says Fay, “and recognize them as too much work from the get-go.”

How can the self-esteem in a woman be measured? 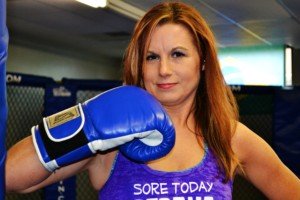 But it’s not. The fact that battered women represent all the educational, occupational and socioeconomic levels contributes to the belief that “any” woman can get trapped with an abusive man.

A major myth is that most abused women are poorly educated and not too intelligent, and have little means.

“As to smart businesswomen getting suckered into this,” says Fay, “these women may feel as though they are good at their profession, but are not great socialites, and not great daters, not very attractive, etc.

“So they, too, struggle with self-esteem issues, although they may be the CFO of a multi-million dollar company.”

Fay adds that “running a big business may not require them to be up-close and personal with someone … so it can be easy to hide behind business plans and quarterly reports.”

In short, “Your job and your personal life can be two very different things!”

While some abusive men go after women in a more instinctive way, other abusive-prone men deliberately feel women out as their potential girlfriends.

“I once heard a con man interviewed on the radio,” begins Tina B. Tessina, PhD, a psychotherapist who counsels couples and individuals, and author of The 10 Smartest Decisions a Woman Can Make Before 40.

She explains, “He said he offered prospective victims a stick of gum; he could tell by the way they accepted or refused whether they’d fall for his con. I believe that is the majority stance of abusers.

“They look for a woman they believe they’ll easily intimidate, who will easily fall into the pattern of him being in charge.”

Dr. Tessina adds, “Women who are successful in business can still have a dependent idea of what romance and relationships are.” Yes.

“Even a successful woman can have a low opinion of her loveability,” says Dr. Tessina, “which makes her susceptible to the charm of a man who’ll tell her what she wants to hear.”